Samsung Galaxy S10+ poses for the camera once again 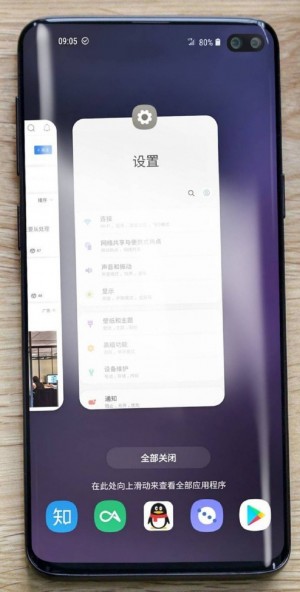 The Galaxy S10+ from the front

In addition, the icons on the top look aligned with the camera hole with plenty of empty space above them. As our math showed turns out this is more efficient arrangement than a bezel though the aesthetics of it are a different question.

In any case, we need to use the handset for a while before we make any assessments regarding usability but we can say for sure that it looks pretty nice from the front.

It isn't about the chin on android. Samsung can do this But, apple don't have a curved display to bend. Samsung also carries a $1000 price tag. If they can make curved displays then, they can also bend those.

The reason why chins are still noticeable on android is because iPhones bend the screen inwards which in turn hides the screen connector. Allegedly this process is very expensive hence why iPhones now command a 1k price tag.

Powerful hardware with mediocre software as always. Hope XZ4 will be better than this