The Samsung Galaxy S10 Lite blurs the lines between the S and A series. Its also something of a mix between the S10 and S20, a half step in terms of hardware upgrades (yes, upgrades on a lite phone).

Lets clear something up first  this is not a Galaxy S10e do-over. The 6.7 screen makes this phone significantly larger and size was a large part of the reason some chose the S10e. Price was another consideration and in this aspect the S10 Lite also stands above the e-phone. 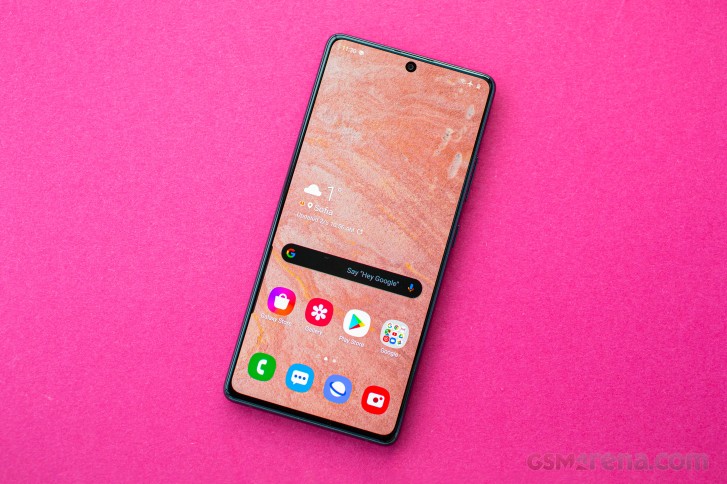 Its even a head taller than the S10+ as the aspect ratio stretched out from 19:9 to 20:9. Note that this isnt Dynamic AMOLED, the brand name Samsung used for the S10 screens, but a Super AMOLED Plus instead. Names aside, the most noticeable difference is the lower pixel density  the Lite has a 1080p+ display  though the image quality isnt impacted much. The display sports HDR10+ support and an Always On feature.

That last part tends to drain the battery a bit faster, but the larger 4,500mAh power pack can easily handle it. It gets even better, the battery upgrades include support for 45W fast charging. We say support because Samsung only included a 25W charger in the box. Thats still an upgrade over the 15W charger that the main S10 trio came with. However, the wireless charging that has been a staple of S-series phones has been stripped. 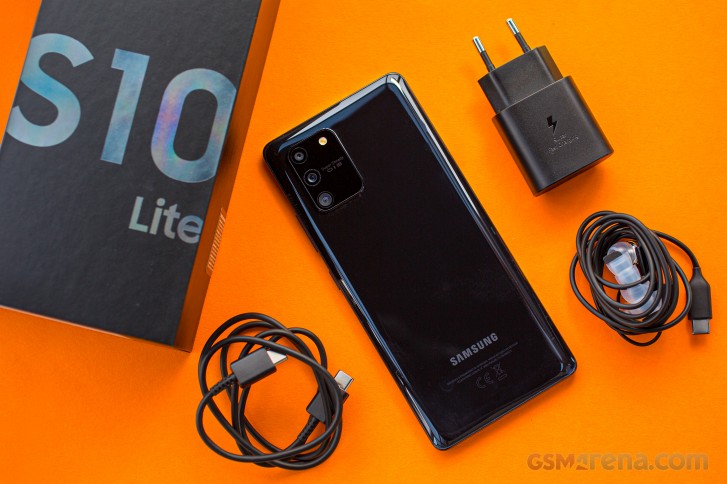 The Galaxy S10 Lite borrows the rectangular camera bump design from the upcoming S20 phones. It also incorporates a high resolution 48MP sensor for the main camera instead of the usual 12MP imager.

The Super Steady OIS is the next development from the Super Steady video feature on the original S10 trio. We wouldnt be surprised to see it on the S20 phones as well. The major improvement is that it works in 4K whereas the old S10 models top out at 1080p. Also, as the name suggests, the new system combines optical with electronic stabilization while the old one was purely electronic 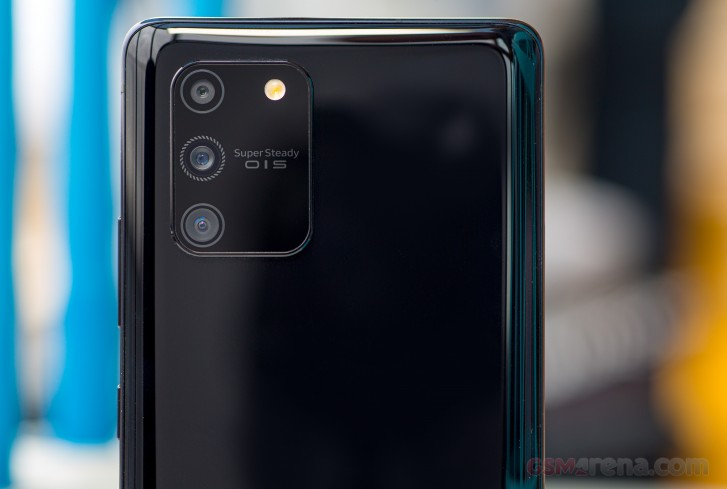 The high res sensor also partially offsets the loss of a telephoto camera. Samsung chose to keep the ultrawide-angle module (123° field of view, 12MP sensor) and decided to experiment a bit with a 5MP macro camera. Thats one of the features inherited from the A-series DNA.

The other is the 32MP selfie camera, which uses pixel binning to produce a great-looking 8MP photos (for comparison, the S10 phones have a 10MP camera). For what its worth, the centered punch hole design is shared by the Galaxy S20 and new A-series phones.

The Galaxy S10 Lite is not an A-series phone, though, its Snapdragon 855 chipset has higher single-core CPU performance and a beefier GPU than the Snapdragon 700 chips that go into the likes of Galaxy A71. 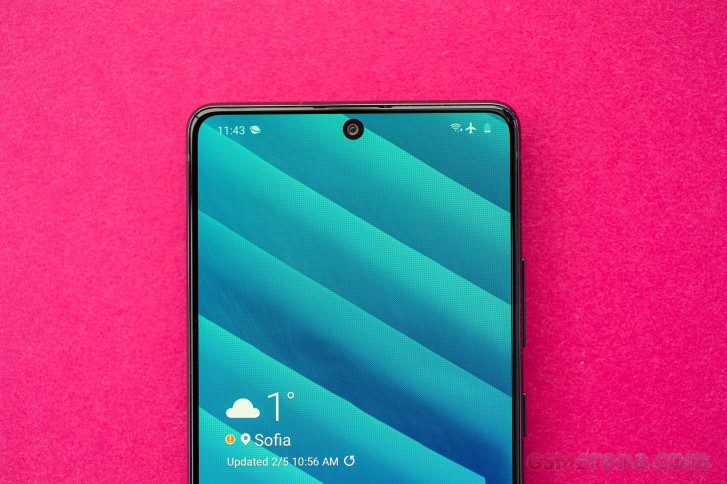 The S20 flagships will be available by mid-March. However, all rumors so far show that their prices will start at 800, even higher if you go for the 5G variants.

The Samsung Galaxy S10 Lite costs 650 and while you can find an S10+ for that kind of money, youll miss out on some of the upgrades. Still, the Lite was never on the upgrade path for current S10 owners, its aimed at those holding an S9 or older but cant afford the S20 pricing or those who have an A-series phone and want something more premium.

We'll find out if it manages to hit the spot very soon - our review is well underway and it should hit our homepage shortly.

No IP68 shouldnÂt qualify it as an S series phone. It is sad that Samsung cheapen the A series by removing their Water resistance, forcing people to spend too much money for the flagship phones.