Samsung recently unveiled the Samsung Galaxy S10 Lite – a high-powered variant of last year’s Galaxy flagship. Soon after it announcement, online retailer FlipKart has listed the new Samsung phone as “coming soon” with some posters of its key features. 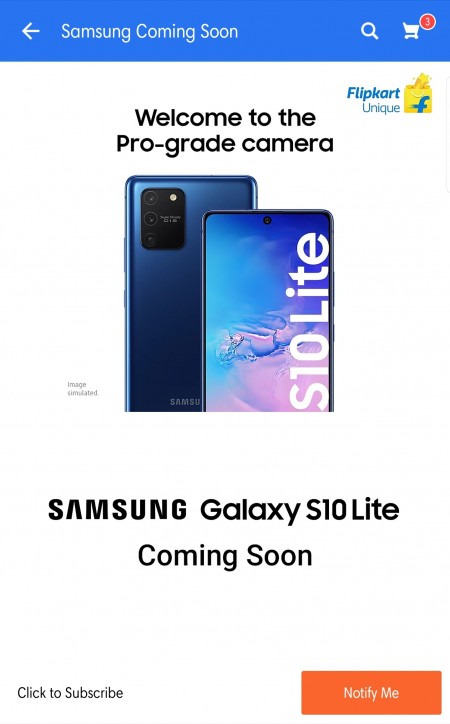 The landing page can be found in the "mobiles" tab within the app and includes a “Notify me” button where customers can sign up for alerts once the S10 Lite becomes available for purchase. The following screenshots were sent in by a reader. Thanks Gaurav!. 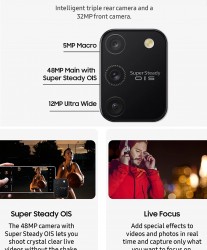 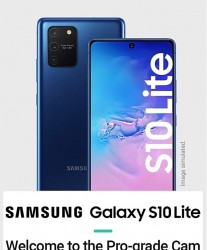 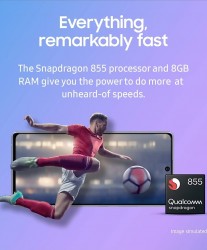 Screenshots from the FlipKart app

Of course, the retailer hasn’t hinted at possible pricing for the S10 Lite. A new report from Gadgets360, claims that the phone will be listed at closet to INR 40,000 – this is per industry sourced quoted by the IANS. In the past, Samsung’s devices above INR 30,000 have sold well, according to Gadgets360.

The Samsung Galaxy S10 Lite is not a watered-down version of the S10. It has a huge 6.7-inch Super AMOLED FHD+ display with hole-punch 32MP camera, 4,500 mAh battery, and powered by the Snapdragon 855 chipset paired with 8GB of RAM. There are 128GB of base storage expandable up to 1TB via microSD card.

There’s a triple camera layout in the back consisting of a main 48MP camera, a 12MP ultrawide, and a 5MP dedicated macro camera. The camera is going to use Samsung’s new Super Steady OIS and is the first to feature it. We are expecting this feature on the Galaxy S20 series as well.

Thanks for the tip, Gaurav!

Strange. Maybe they give credit to the first one who sends the tip? No idea thought.

There is no diference in this smartphone that it has samsung made inside. most of the case samsung will come with snapdragon which is also in realme and redmi chinese brand. the main thing we need to note that battery and build quality. now a day rea...

As Long as Sammy doesn't treat this like a low end or even a mid ranger, when it comes to Software updates and OS updates, this could be a good choice for many. I know a lot of people that want flagship level phones but would rather choose the "lit...