Samsung’s Galaxy S10 series has outsold the S9 generation, reports Counterpoint Research. In total, 16 million S10 phones were sold globally during the March-May period (Q2), which is 12% more than the S9 sales from the same period last year. 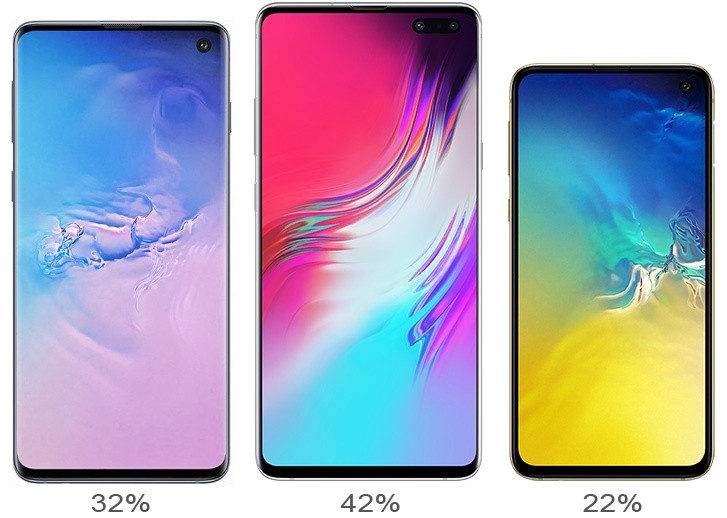 It seems that Counterpoint didn’t include the Galaxy S10 5G into its calculations. The 5G model has sold at least 1 million units since its release in April (that’s the sales figure from South Korea alone).

The success of its flagships has helped Samsung increase its market share and it now controls 25% of the market – up 3 percentage points compared to last year.

It means that 4% of the sales come from their other phones...