Samsung has released a new software update which bumps up the Android security patch level on the Galaxy S10, Galaxy S10e, and Galaxy S10+ to July 1, 2019.

Additionally, the new firmware also includes some improvements for the camera, Bluetooth, and Wi-Fi. However, the changelog is pretty vague and doesn't reveal much about these improvements. 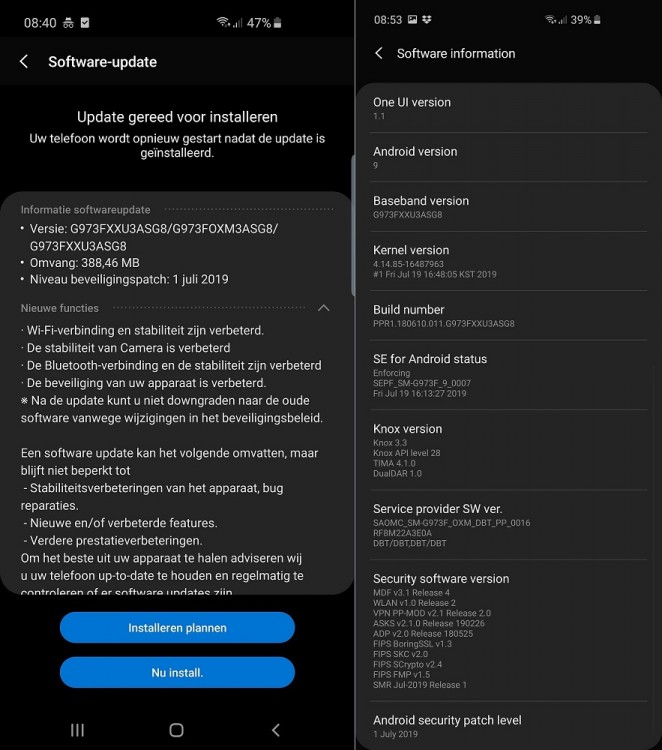 The firmware weighs around 390MB in size and is currently seeding for the Exynos variant in Switzerland and Germany. But, if you live in another country and have received it already, let us know by dropping a comment below.

Also, if you happen to live in Switzerland or Germany and haven't received an update prompt yet, you can head over to the Settings > Software update menu of your smartphone to pull the update manually.

Meanwhile in the US, Unlocked models still on may patch.

Got the update today, August 1 for my Samsung Galaxy S10. I reside in the Philippines btw.