Samsung is already preparing for the launch of the Galaxy S11 series that traditionally sets place in February (four months from now). The SafetyKorea website has just released a certification for a battery with the model number EB-BG980ABY, which is meant to go in a Samsung phone with model number G980. The Galaxy S10e was SM-G970, so logic leads us to the Galaxy S11e being SM-G980.

There is also a photo of the battery, and despite the poor quality of the image, we can see it is rated at 14.36 Wh. Given that a battery operates at 3.85V, we are looking at a 3,730 mAh capacity. 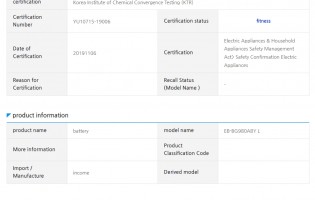 If this is the rated battery capacity, we are likely to see a typical capacity at 3,800-3,900 mAh, which is the number that the company advertises in its marketing materials. Given the Galaxy S10e has a 3,100 mAh battery, the new cell will be a massive 20%+ improvement.

It also is square in size, meaning it's not just a bigger version of the Galaxy S10e battery but an entirely redesigned one.

Some rumors suggested the reason for the bigger battery is the upcoming 90Hz screen and 5G modem and the increased power consumption that goes with those. We have already heard that all Galaxy S11 smartphones will be 5G-enabled, unlike the class of 2019 where the 5G model was its own thing. 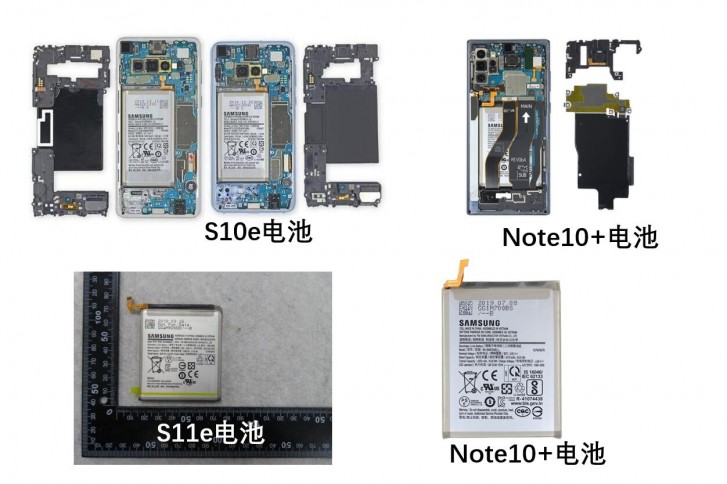 Meanwhile we also got to learn the codename of the Galaxy S11 camera module. While that's not normally particularly exciting, this time it's a clear reference to its key selling point.

The name is Hubble and is a clear reference to the 5x periscope lens that will be part of it. After all, it is named after the Hubble Space Telescope that has an impressively powerful camera that can take pictures of the most distant corners of our galaxy.

If Snapdragon battery consumption is 2x than Kirin as you says then why most Snapdragon phones battery test on this site can achive great result compare to Kirin? Also Snapdragon's performance is far better than Kirin and cheaper too!

Eh, fair enough. Still, it might just take that long for 5G and 8k to go mainstream