Until now, the Samsung Galaxy S20 Fan Edition was expected to come with a Snapdragon 865 SoC. But as it turns out that might not be the full story, as the version with model designation SM-G780F has appeared on Geekbench with an Exynos 990 chipset.

The benchmark database also reveals that the Galaxy S20 Fan Edition will have 8GB RAM onboard. The S20 Fan Edition, sporting model number SM-G781B, was previously spotted on Geekbench with Snapdragon 865 SoC and 6GB RAM. 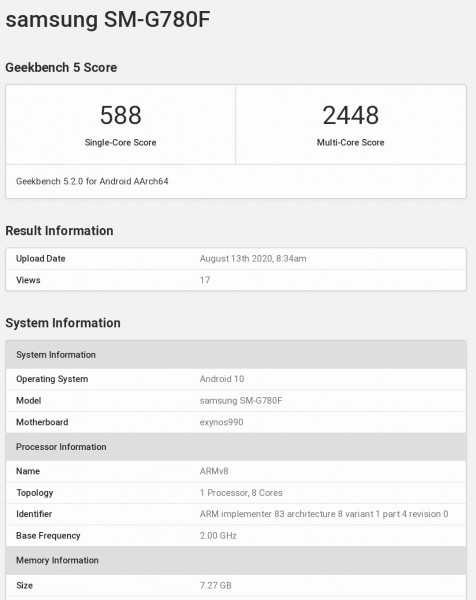 There's no word from Samsung about the Galaxy S20 Fan Edition yet, but rumors have it that it will arrive in Q4 2020. A recently leaked image revealed the smartphone will pack an Infinity-O display, which is said to have a FullHD+ resolution and 120Hz refresh rate, with a diagonal between 6.5 and 6.7 inches. 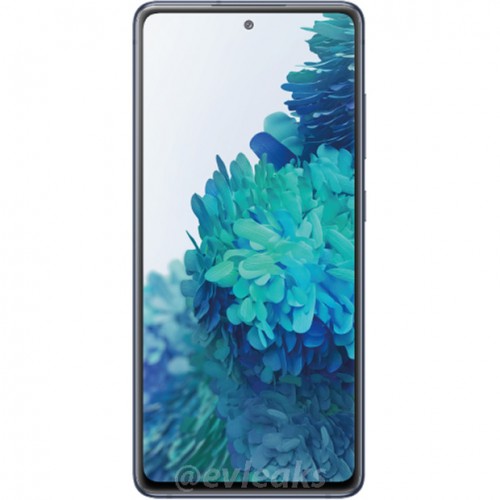 We don't know what the back of the S20 Fan Edition looks like, but it's said to be home to a triple camera setup comprising of a 12MP primary, 12MP ultrawide and an 8MP telephoto unit with 3x optical zoom.

The Galaxy S20 Fan Edition is rumored to pack a 4,500 mAh battery and come with IP68 dust and water resistance. It will be available in both 4G and 5G versions.

Wakey-wakey. It’s already published that it will have a plastic back too. The compelling case for last year’s cheapest iPhone or rooting an 800SD Xiaomi. And I am and have been a Samsung user for a decade by now. Well, things change.