Samsung is having an Unpacked event on February 11 and we expect to see the next Galaxy flagship smartphones there. Rumors were pointing to the Galaxy S20 moniker to celebrate the new cultural decade and the year 2020, and now we have leaked live images of the device, confirming it.

A Samsung Galaxy S20+ 5G was photographed from the front and back - that’s right, there is also a leaked photo of the camera setup. It appears the phone will have four regular shooters in a rectangular setup, joined by a LED flash and a special sensor of some sort or a microphone pinhole. 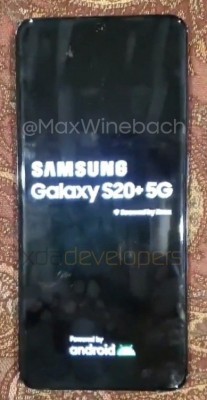 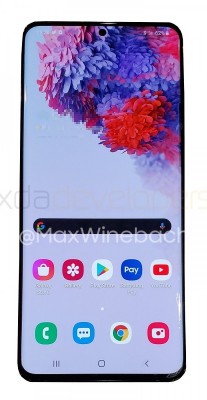 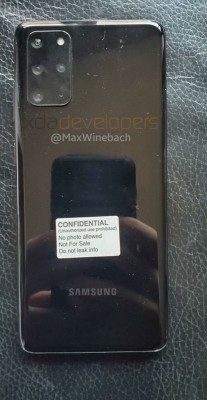 The front of the Galaxy S20+ reveals the screen will keep its sharper curved edges, similar to the Galaxy S10 family and unlike the Galaxy Note10.

The quad-cam setup on the back is rumored to have a new 108MP 9-to-1 Bayer sensor that should do 12MP stills with huge pixels, coupled by an ultrawide shooter and a telephoto lens - we are yet to learn what the fourth snapper does.

Yes, I was hoping to upgrade from S9+ but the horrible design of the camera is a deal breaker for me. I confirm what the previous person said, it has hybrid SD card slot.