Did watching the Samsung Unpacked event leave you you may still be wondering which of the three Galaxy S20 flagships is the right one for you? Here we’ll try to simplify the comparison between the trio.

The Samsung Galaxy S20 Ultra is a phone you buy for the camera. The 6.9” screen is slightly larger than the 6.7” panel on the S20+, but it offers no advantage in terms of resolution or other features (all three screens have 1440p+ resolution, 120Hz refresh rate and HDR10+ support).

Honestly, we think that the Ultra is larger by necessity as it has to fit massive camera hardware. We should note that this phone weighs 220g, making it noticeably heavier than the plus (186g). 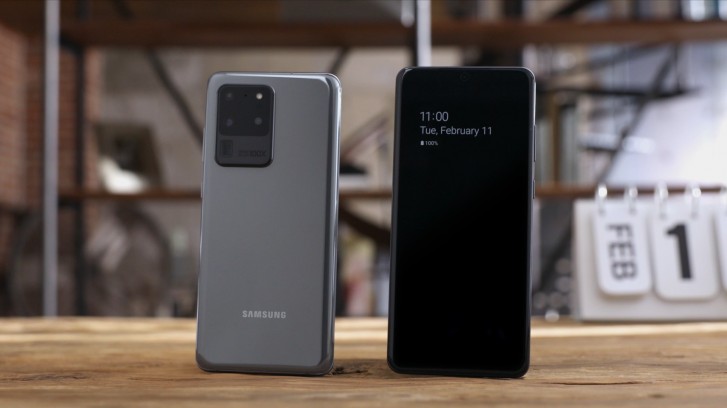 But the camera capabilities are unique. The 108MP main sensor has significantly more resolution than any previous Samsung. And even though there’s already a 108MP phone on the market, the “nona-pixel” (i.e. 9-in-1) pixel binning is a first in the industry – with 2.4µm effective pixel size, the Ultra should be the phone to beat when it comes to low-light shooting.

The telephoto camera uses Samsung’s first periscope lens. Unlike previous periscope-equipped phones, this camera is based on a very high resolution sensor, 48MP. For comparison, the Oppo Reno 10x zoom had a 13MP sensor, the Huawei P30 Pro an 8MP sensor behind the extra-long lens. 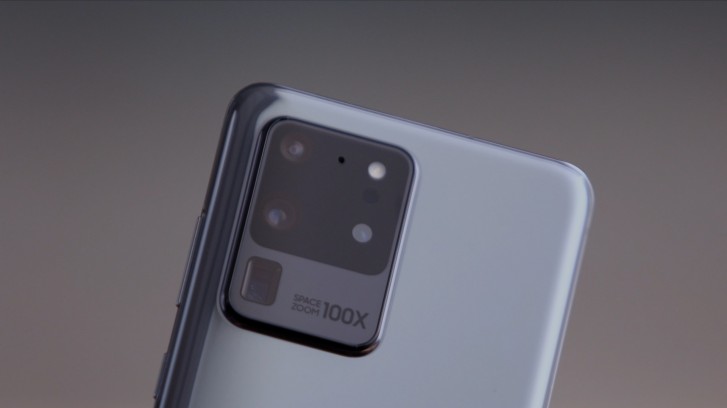 The selfie camera is also best-in-class. It has a 40MP sensor, the highest resolution dedicated selfie cam yet. It should come as no surprise that 4-in-1 pixel binning is the default mode, which should provide superior image quality compared to the other two S20 models (they have 10MP sensors with 1.22µm pixels, the Ultra gets 10MP shots with 1.4µm pixels with binning enabled).

The Samsung Galaxy S20 Ultra is the only model of the three to support 45W fast charging (wired). However, like with the Note10+, Samsung only provides a 25W power brick in the box, so unless you buy a 45W charger yourself, the Ultra will charge at the same speed as its siblings. It does have a slightly larger battery, though – 5,000mAh vs. 4,500mAh for the S20+. 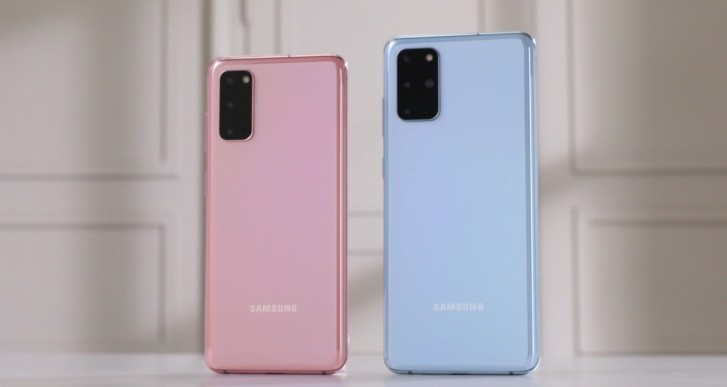 You do lose 500mAh in battery capacity, the total is 4,000mAh, but you get the same 25W fast charging using the included adapter. All three phones support 15W wireless charging along with reverse wireless charging, so that’s not a consideration.

The Samsung Galaxy S20+ has a larger 6.7” screen. Due to the 20:9 aspect ratio, display falls between the S10+ and Note10+ in terms of surface area. Unlike last year, you get a single selfie cam, there’s no depth sensor on the front.

There is one on the back, the DepthVision module, which the non-plus model lacks. However, unless it makes a massive difference in the image quality of portrait shots (and we suspect it won’t), it’s not a huge loss. 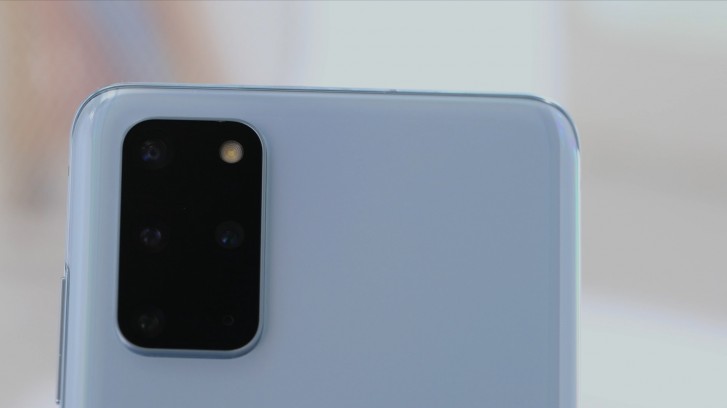 That aside, the rear camera is the same. The wide lens is paired with a 12MP sensor, but that’s actually an upgrade over last year’s phones as it’s a larger sensor with 1.8µm pixels (up from 1.4µm).

The 64MP module is much more interesting. It acts as both the telephoto camera (offering 3x hybrid optical zoom) and as the main video camera, capable of recording 8K video. The Galaxy S20 Ultra shoots 8K video using its main camera instead (you have to keep in mind that a single frame of 8K footage is equivalent to a 33MP photo).

Anyway, these are the first phones to offer proper 8K video capture. You can stream it locally to your Samsung 8K QLED TV or upload it to YouTube over 5G. Samsung also upgraded the video stabilization, so even handheld footage should be smoother.

The third camera on the back has an ultra wide-angle lens (120°) and has a 12MP sensor. This module is shared between the three S20 models. 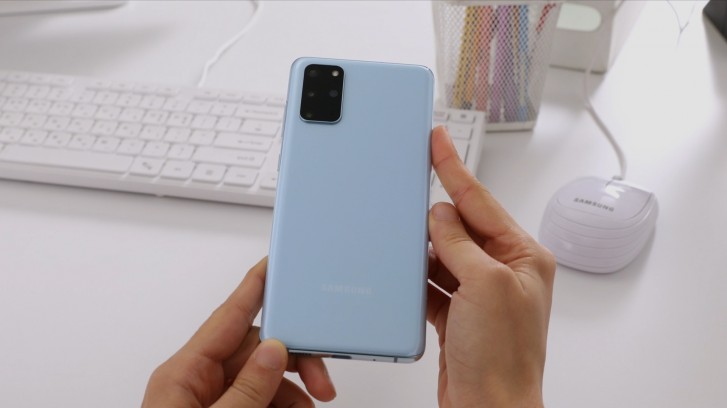 If you’re excited about trying out what 5G networks have to offer, you may want to get the Galaxy S20+ or S20 Ultra over the vanilla model. The Galaxy S20 only supports sub-6GHz, which is still faster than 4G, but not nearly at the mmWave level, which the S20+ and Ultra also support. Still, you need to check what kind of networks your local carriers plan to launch.

In terms of processing power, all three phones are powered by either the Snapdragon 865 or the Exynos 990 (which one you get depends on your region). The Ultra does have an option for 16GB of RAM, though, the other two top out at 12GB.

However, all three start at 128GB storage, yes, even the Ultra. If you're going to shoot any 8K video (even 108MP stills are pretty hefty), you may want to go up to a higher storage option. There's a microSD slot that supports cards up to 1TB, but you may run into bandwidth limitations.

You can check our our comparison tool for a three-way view of the Galaxy S20 phones. For a more detailed look into Samsung’s latest flagships, check out our Galaxy S20 and S20+ hands-on and the Galaxy S20 Ultra hands-on.

We only have Samsung Galaxy S20 ultra Exynos Variant in Asia. It is too much expensive to order internationally just to have the Snapdragon Variant. Sad. I do not know why Sammy can't provide Snapdragon too to Asians. I think Sammy is bitter wi...

Which is the one to get? None of the above. Priced too high, battery will most likely run out of juice before a 15 hours day is over. Phablet size doesn't fit in pocket. Which IS the one to get? The former S10+, now only $600-700 in many coun...