Another year, another Galaxy S lineup. You all definitely know the drill by now - these are the best phones Samsung has made to date. Kind of by definition, since innovation is the name of the game. And the game never really stops or takes a break. As DJ Koh, now ex-head of Samsung's mobile division, put it himself at a Galaxy Note unveiling from a while ago - it is obviously getting increasingly hard to push the smartphone envelope consistently, year upon year. 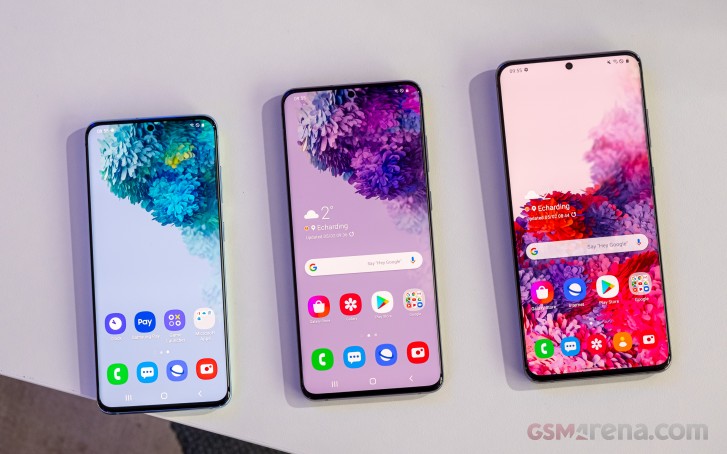 Luckily, there is plenty to love about both the Galaxy S20 and the S20+. Potentially, even more so, when it comes to the top-dog S20 Ultra, since it appears to pack most of Samsung's more radical steps and innovations for 2020.

The S20 and S20+ models are arguably a bit tamer and seem to be erring on the safer side of change and leaning heavily on incremental generational improvement. It definitely makes fiscal sense, since you really don't want to disrupt your top-volume products and their market traction too much.

Even so, the S20 and S20+ clearly show growth over the S10 family. Both in features and capabilities, as well as literally - in size. The new Galaxy S lineup is bigger and heavier, raising a few interesting cross-generational heritage questions. Throw in Samsung's new naming convention, where the "S20e", is nowhere to be found and confusion really starts to set in. 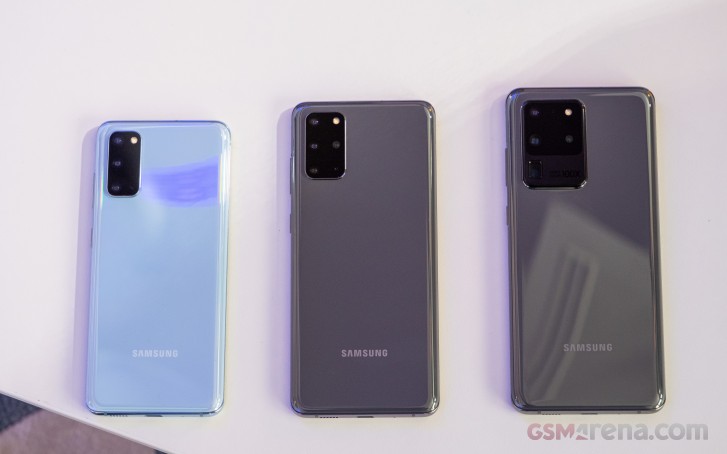 With its 151.7 x 69.1 x 7.9mm, 163 g body and 6.2-inch display, the regular S20 appears to be the successor of the Galaxy S10 and the S10+. As for the S20+, it has increased in size bringing it closer to the Note10+ if we are to continue the Galaxy analogies. Or, alternatively, the new Galaxy S10 Lite and Galaxy Note10 Lite. The trend is pretty clear then - phones, or at least Samsung's creations, are still steadily growing year over year. 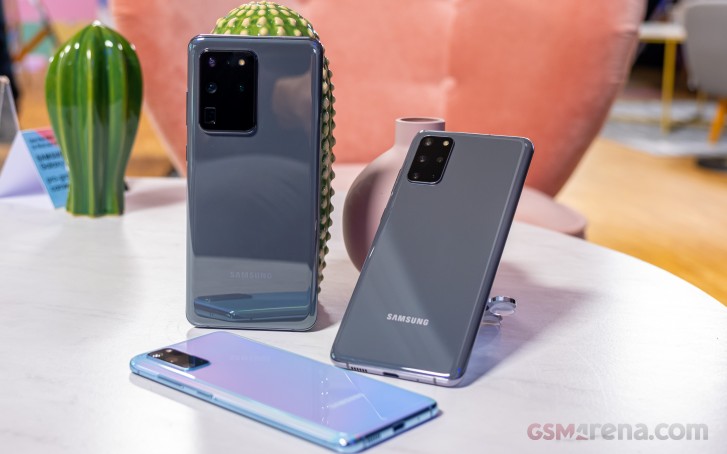 Unlike the latter two, however, the S20 and S20+ are true flagships, packing more than a few goodies to make up for the inflated footprint. Most notably, bigger displays - QHD+ across the board and from Samsung's top-end Dynamic OLED variety. Then there is the notable overall growth in battery capacity, as well as a new, beefier, camera setup. It really does seem like Samsung has prioritized on actual features and usability this time around. Follow us on the next page as we take a deeper dive to see if that is true.

How to put the memory card plz

I just bought my Samsung galaxy s20 plus 2 days back nd Im very disappointed with the battery life.. Fast battery drainage and heat up issue.. I strongly recommend not to buy this phone.. U will regret for sure.. Plz dont waste your money.. Phone&#...