The Samsung Galaxy S21 Ultra will not be a huge departure from the current model, based on info from leakers. And if you’re thinking that it’s too early for leaks, Samsung is reportedly pulling the S21 launch forward to January.

The new Ultra will have a slightly smaller screen, down a tenth of an inch to 6.8”, and this will be the only curved panels – the S21 and S21+ will have flat displays. Also, the refresh rate may get a small bump to 144Hz (though that is not certain yet).

The Galaxy S21 Ultra will use a 108MP main camera on the rear and a 40MP selfie camera. The resolutions are the same as the S20 Ultra, but there may be other upgrades. There are no details on the remaining modules yet, though renders show that the Ultra will get four cameras on its back this time around, one of which with a periscope lens. The function of the fourth model is unclear. 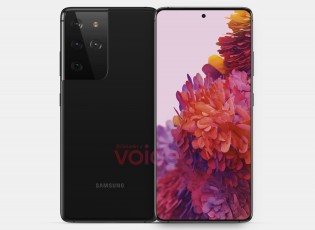 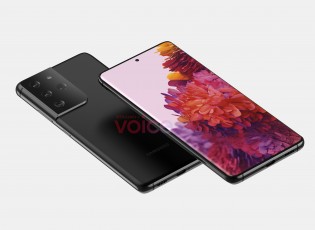 Samsung will once again split the world into Snapdragon 875 countries and Exynos 2100 countries. The new in-house chipset will use standard ARM-designed cores, avoiding the troubled custom cores. Still, (very) early benchmarks show it lagging behind the Qualcomm chip.

Anyway, the phone will be equipped with a 5,000 mAh battery, same as the current model. Upgrades to charging are unlikely (though there is an outside chance of 65W charging). The software will be pretty familiar too, as the phone will launch with One UI 3.0 based on Android 11 (which is already being beta-tested on the S20 series).

With the Unpacked event set for January, the new Galaxy S21 series is expected to go on sale in February instead of March.

The bump might be acting as the case for the cameras.