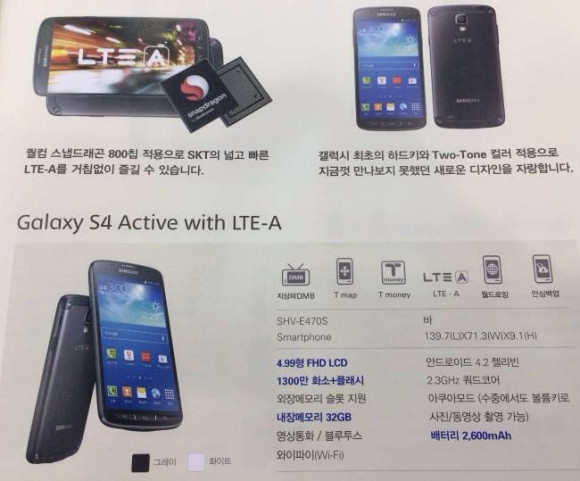 Alongside the updated SoC with 2.3GHz quad-core CPU and Adreno 330 GPU, the newcomer sports an updated, 13MP camera (up from 8MP on the regular Samsung Galaxy S4 Active) and a new color scheme. The LTE-A equipped device has also shed a few grams compared to the I9295 (147g compared to 151g). It will also be offered in a new, white color scheme.

The rest of the SK-Telecom’s Samsung Galaxy S4 Active specs are the same as those of the Snapdragon 600 version. Highlights include a 5” 1080p display, 2,600mAh battery, and IP67 certification.

There’s no word on international availability of the updated Samsung Galaxy S4 Active.

Stop spreading this crap, AMOLED always has a green tinge.

I do :P ...most of the known eReader has a optional black theme.