We have heard before of the ruggedized version of the Galaxy S4 - the Galaxy S4 Active - that Samsung is reportedly working on. Now, some more details about the hardware of the device have surfaced, in the form of benchmark results. 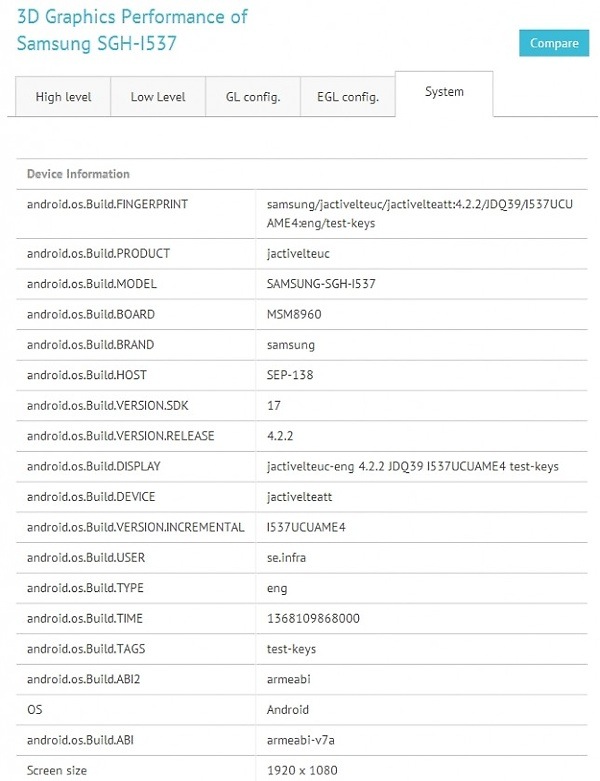 The Galaxy S4 Active, or the SGH-I537 for AT&T, was found in the GFXBench results database. Unlike the standard Galaxy S4, which runs on the Samsung Exynos 5 Octa internationally and the Qualcomm Snapdragon 600 in the US, the S4 Active is running on a MSM8960, which is a Snapdragon S4 Plus part, found on last year's Galaxy S III (US variants). It's a dual-core chip and is clocked at 1.9GHz, which is rather high for this processor that until now was only found running at 1.7GHz.

It does seem that if you want a more rugged version of the S4 you will have to compromise on the performance front. Hopefully, Samsung won't be making any more compromises on the specification front with the Active.

Not true, got ask your fellow samsung fan.

I hope Sony will release the Active 2. Damn i miss my Xperia Active.