The Samsung Galaxy S4 received a warm reception in the market upon its arrival and the success story seemed to write itself. The fourth-generation Galaxy S smartphone achieved 6 million sales in just two weeks and broke the record of its predecessor. 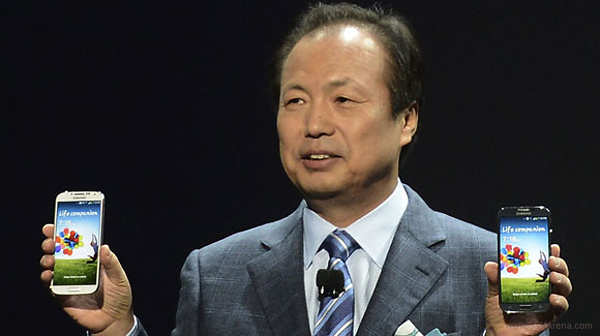 The sales of the latest flagship smartphone from Samsung are expected to skyrocket in the coming week and the device is predicted to pass the 10 million sales mark, according to Samsung co-CEO JK Shin.

"We are confident that we will pass more than 10 million sales of the S4 next week. It is selling much faster than the previous model S3. Samsung spent 50 days to pass the 10 million sales mark for the S3. The S4 will be Samsung’s first '10 million seller’ device less than a month after its official debut"

Furthermore, the report from Korea Times claims that JK Shin has confirmed that the next-generation Galaxy Note phablet would sport a 5.9-inch display.

Meanwhile, Google in collaboration with Samsung has launched a Galaxy S4 with stock Android and the device will be up for grabs for $649 starting from June 26.

Well that must for sure mean that there is none then

In Asia, I didn't see many S4 users

only shipment not sales...most Koreans know this