A day after its HTC One and LG G Pad 8.3 relatives got the treatment, the Google Play Edition Samsung Galaxy S4 received an update to Android 4.4.2 KitKat. The new OS version is now seeding to the handset. 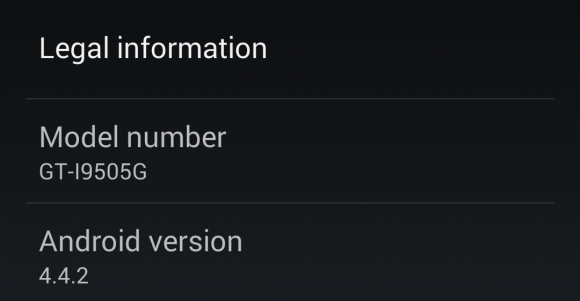 The latest Android KitKat build brings a number of mostly under the hood improvements to the Samsung Galaxy S4 GT-I9505G. The most notable one is a fix for a critical Android KitKat SMS hack.

Samsung Galaxy S4 Google Play Edition owners who haven’t received a prompt for the update yet should check for it manually by going in the device’s settings.

Of course i dont really use the phone i just leave it on standby but it still lasts 2 days.