Samsung has yet to officially unveil the Galaxy S4 mini (perhaps on June 20?) but the leaks are getting more detailed so we have a pretty good picture of what to expect. The latest leak shows AnTuTu's info screens, which detail all the specs the benchmark managed to detect. 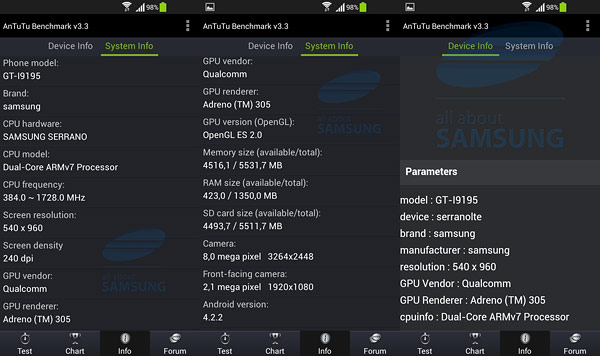 Any leak or ideas on the final price?