Update, April 12: We've finally got our hands on a Galaxy S4 unit, running retail software and we updated the shootout, using samples from it.

We've prepared various crops to highlight the differences in image quality between the two smartphones and we've included the full-resolution shots to let you make your own comparisons.

First, let's talk Field of View (FoV) - how much can you fit in the frame with each camera. The Galaxy S4 camera turned out narrower than the Galaxy S III one, which lets you capture more without moving back, but it also means there are fewer pixels to describe each object. Here's an illustration of the FoV of the two smartphones. 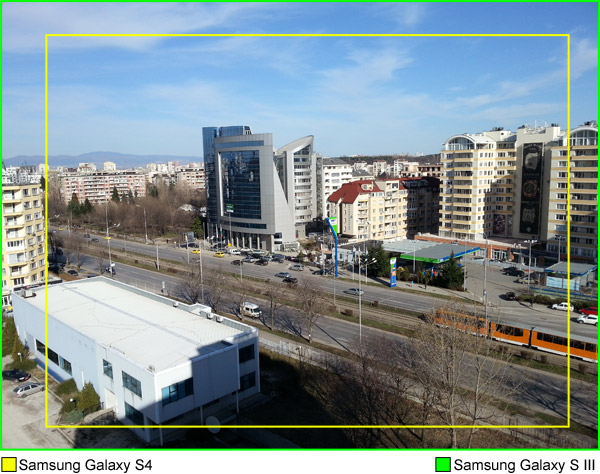 Then there's the difference in lens apertures to consider. The Galaxy S4 has a faster F/2.2 lens, compared to the F/2.6 maximum aperture on the Galaxy S III. This gives the new flagship an edge over it competitor in low-light conditions as it allows more light to reach the sensor.

The two smartphones have similar image processing algorithms. They both produce photos with a lot of fine detail and very little noise. Pixel peepers will notice oversharpening halos, but it's nothing drastic. Colors are accurate if slightly oversaturated and white balance is somewhere between neutral and cold (typical for Samsung phone cameras). Both phones preserve detail in the shadows, rarely at the cost of detail in the highlights. That's where the HDR modes come in handy. 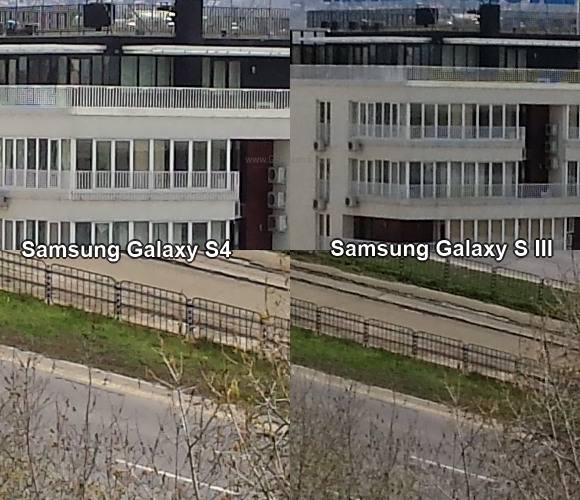 Since the Galaxy S4 has narrower field of view and a higher resolution sensor it gets more pixels for describing an object. As you can see from the crops and the samples, the extra 5MP make substantial difference, boosting the overall resolved detail quite significantly. There are small objects that are barely defined on the Galaxy S III pictures, and clearly pictured on the Galaxy S4 (leaves, branches, bars, face details on the macros, etc.). 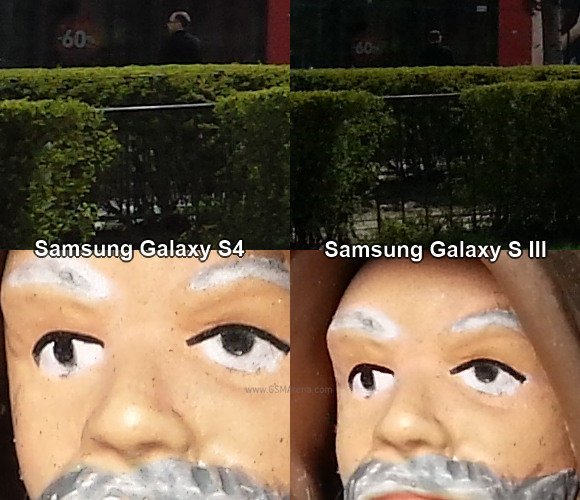 We also snapped a couple of low-light shots. In these conditions the Galaxy S4 made great use of its faster lens and produced much better photos than its predecessor. The amount of detail is much higher and the noise is lower too.

The second pair of crops here were produced with the flash on. As we told you earlier the Galaxy S4 has an advantage in that department as well, resulting in better exposed and generally much more detailed shot than the Galaxy S III. 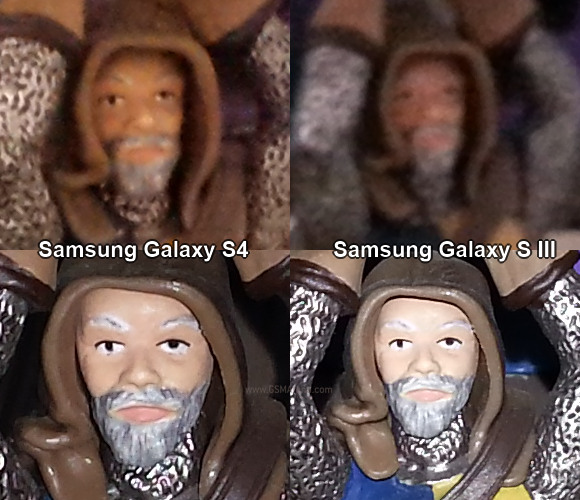 Here are the full-res samples of the low-light shots.

Here are all the samples we took with the Galaxy duo.

Here are some HDR shots too.

Finally, you can check our photo quality comparison tool. There you can see the Galaxy S4 and Galaxy S III give their best in the controlled environment of our studio. The field of view is compensated for here, but the extra resolution is still enough to give the Galaxy S4 a substantial advantage over its predecessor.