The Samsung Galaxy S5 polarized opinions at its very launch - it's inevitable when a device has so much to live up to. Yet, you don't need to look any further than the stats on our homepage to know the name of the latest star commanding the interest of our readers.

The question is which of the two camps you are in. Were the critiques justified or was it just the usual exercise in hating what's trendy?

We certainly can't agree with those who slammed the design as being ugly and unimaginative. Quite the opposite - it's the prettiest Galaxy S to date and one that looks different from everything else on the market. Granted, this is strictly a matter of taste and not everyone will go crazy about the perforated leather back, but no one will deny either that the build quality is up to flagship standards. 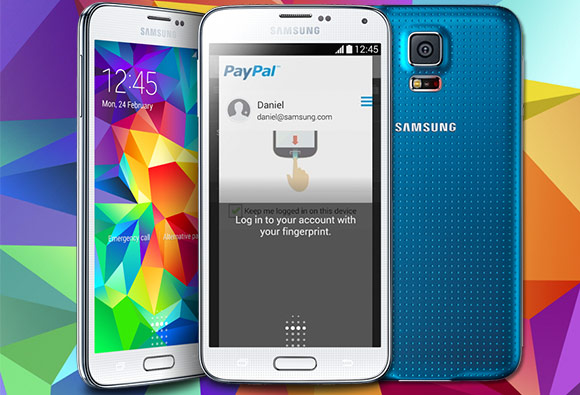 Now let's look at the upgrades the Galaxy S5 brings. Given that looks were one of the main reasons to bash the Galaxy S4, the refreshed styling alone should make a pretty big difference. Yet the new feel doesn't end there - you also get a brand new Snapdragon 801 chipset to take over from the tiring Snapdragon 600 and lead the field once more.

There's also the tangibly better stills and 4K video recording, which put the Samsung Galaxy S5 in the running for the cameraphone title. The fingerprint scanner, while offering little real-world benefits at this point, is implemented very decently and will only grow in worth as more and more developers and markets start to embrace it.

Then there's the IP67 certification, which means your heart no longer has to skip a beat when you get your expensive new smartphone wet. It's one of those features you certainly won't need every day, but one that's more than welcome in certain scenarios.

The software has also taken yet another step forward and TouchWiz is now more polished than ever. There aren't a whole lot of new features this time as Samsung has focused more on improving old ones and offering just a couple of novelties.

The Kids mode may be just a response to what competition already has, but no one can deny the convenience, while private mode adds a whole new dimension to the fingerprint sensor. Most importantly however, the flow of the UI is somewhat simplified this time and it's even easier to get stuff done.

There are of course, some aspects of the Galaxy S5 that end up on the wrong side of the grading scale. The heart-rate monitor, while working well, left us feeling that it makes more sense on a Gear smartwatch than the back of a smartphone. Also, the absence of a proper shutter key is even harder to forgive now that the camera is so good. And, finally, two of the Galaxy S5 direct rivals are now offering front-mounted stereo speakers, so the solitary speaker at the back is hardly winning the Samsung flagship any points.

All things considered, however, the Samsung Galaxy S5 is more than ready to fill in the big shoes of its predecessor. Even though this is the first Galaxy S smartphone not to bring a substantial upgrade in the display department, it offers enough elsewhere to feel vastly superior to the Galaxy S4. And pushing beyond 1080p is unlikely to produce anything but extra battery and GPU strain.

With that settled, let's have a look at how the Samsung Galaxy S5 stands in comparison with its main rivals.

The HTC One (M8) is, of course, the first name that springs to mind, being the latest flagship to be officially announced and the first to hit stores in high volumes. The smartphone brings a one-of-a-kind aluminum unibody that's probably the prettiest in business, but is led down by its Duo camera, which is mid-range material at best. Stereo speakers also count in favor of the One (M8), but its software backing in the face of Sense 6.0 can't quite match the versatility and functionality of TouchWiz.

The Sony Xperia Z2 is the other big name on the list, having debuted alongside the Galaxy S5 at the MWC last month. Second generation on, Sony has one of the hottest bodies in business, this time with a pair of front stereo speakers too, but perhaps a little bit more screen bezel than becomes a flagship. The two are pretty evenly matched elsewhere, but their software packages are quite different.

While the Xperia Z2 goes for a more vanilla Android look and prefers to add apps, rather than UI features, the TouchWiz covers the underlying OS head-to-toe adding a few exclusive extras in the process. Which approach will work better for you depends mostly on what you look for in a smartphone UI.

The LG G2 is six-months old now, so the very fact that it's still in the running is as good a compliment as they get. Packing a slightly less powerful chipset and a bit inferior (but still great OIS-enabled) camera, the G2 is a proper Android flagship and one that, thanks to its lower price, provides the best value round these parts of the market. It's no longer quite the best, but it's not short of exclusive features either.

The Galaxy S5 is a beast of a smartphone and with Samsung's nearly unlimited resources to spend on marketing, it will be a miracle if it doesn't become the season's bestseller and break the records of its predecessors. And the good news is that it's got enough to offer that will bolster the brand image rather than just live off it.

Long story short, the five-star experience is there. The markup from the previous generation isn't as high perhaps as some may've hoped but that's what the other new flagships have to live with too. The best smartphone title is Samsung's to lose - now, that's tough - but the Galaxy S5 is saying: "Not on my watch."