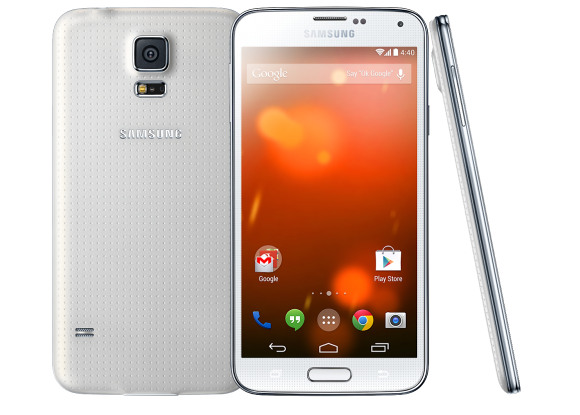 The Bluetooth certification doesn't give us much, but the model number (SM-G900FG) reveals that a Galaxy S5 model to offer pure Android experience is coming shortly. The Google Play Edition of the Galaxy S5 has already made an appearance when it popped up briefly on the Play Store.

Samsung Galaxy S5 GPE will essentially be the international model sold by Samsung but with stock Android instead. We'll have to wait for the official announcement to know how much it will cost, though.

interesting thing about samsung and bluetooth. ive got a bluetooth headset hm1200 by samsung and a galaxy note 3 and also a bluetooth car adaptor with audio line out that goes into my cars line in ( aka AUX). with a nexus 5 i had i could pair both th...