Samsung Galaxy S5 LTE-A gets new back panel and benchmarks

Last week Samsung announced an LTE-A-enabled edition of its Galaxy S5 flagship that's also set to come with a QHD display and Snapdragon 805 chipset exclusively for its home market of Korea. Now, as if Korean residents weren't lucky enough, there's also word that Special Edition of the Galaxy S5 LTE-A will be making its way to customers of South Korea's primary carrier KT with a redesigned back panel. 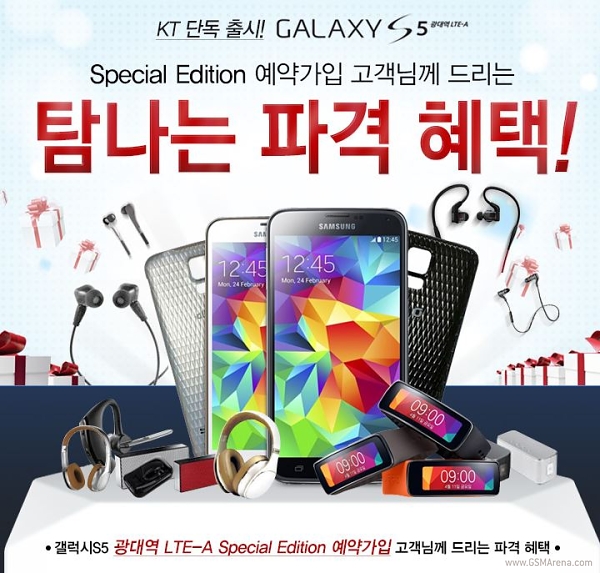 The new diamond-like texture will be making an appearance with KT's olleh branding, as part of another new back panel being tried out by the Korean company. Otherwise, the internals of the Special Edition of the LTE-A S5 will be the same as on the regular LTE-A version. 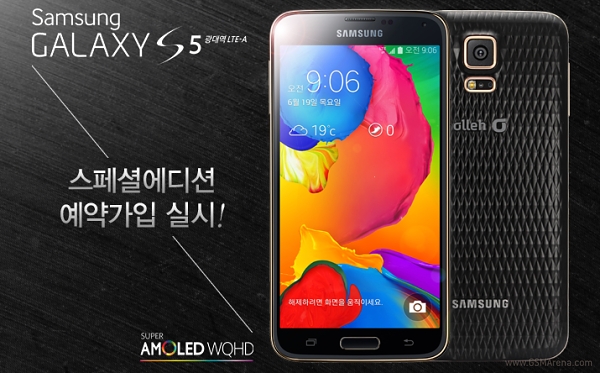 Otherwise, new alleged benchmarks of the Galaxy S5 LTE-A have also surfaced. Codenamed the SM-G906S, the AnTuTu 4 benchmark figures don't exactly show the mind-boggling numbers one would expect from a Snapdragon 805 chipset.

Either processor performance truly does get affected by the presence of a QHD screen (like we saw on the LG G3), or the numbers reflect an unfinalized build of the Galaxy S5.

In any event, we'll take the leaked figures with a grain of salt and hope for better performance in the finalized product - a product that we also hope will be released outside of Korea at some point. Or perhaps, Samsung has something even bigger in mind?

the point about Samsung is they dont care about costumers for exp Sony use tft in every phone then people said its bad an .... they turn it to ips for xperia z2 but Samsung never made phone without using plastics i have gs 4 i m so pleased b...