While the Samsung Galaxy Note 3 is busy tending to its flagship duties for Samsung, the heir to the Galaxy S4 is making headlines steadily building up the hype.

The latest rumors concern its body and some of its specs. According to EMSOne, a Japanese-based website, ODM Catcher Technology (Taiwan), BYD (China) and Ju Teng (Taiwan) has been assigned to make between 10 and 30 million unibody metal shells for the next high-grade Galaxy device. That could very well turn out to be the Galaxy S5. 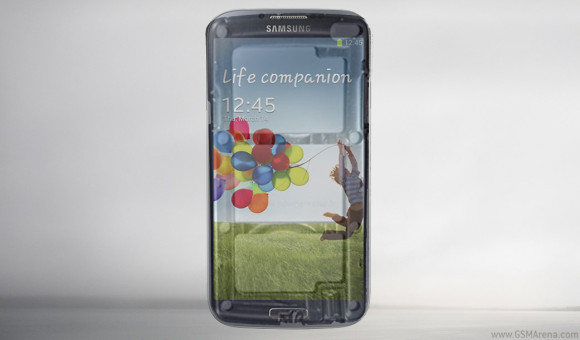 This fits nicely with the leaked metal frame we've seen before which was also said to be for the Galaxy S5.

Some rumors are hinting at a two-pronned approach by Samsung - producing a metal-clad flagship of a new F series along with an all-plastic S-series member.

And in other news a device, by the name of Samsung SM-G900S, has popped up on GFX Bench running on a highly-clocked Snapdragon 800 chipset and the Adreno 330 GPU. The clock is at most 2.46GHz. Sadly this isn't the Snapdragon 805 with Adreno 420 GPU nor is it the 64-bit Exynos chip we're hoping to see sooner rather than later.

Other rumors suggest the Galaxy S5 will be launched (or at least shown) as early as Q1 of next year, have a 16 MP snapper with the ISOCELL tech, perhaps without optical image stabilization and possibly with some elements resistance in tow. That is hard to take in all at once, we know.

But let's not get too ahead of ourselves as we highly doubt the Galaxy S5 to premiere with a mid-2013-grade chip inside (no offense, Snapdragon 800). We'll have to wait a little longer.

Let's ve frank to ourselves guys. Those who follow premium and neglecting user experience are just dumping their monies in the name of aesthetic value. My advice to Apple is, they should release money to their Manufacturing companies (ie. samsung) fo...

Let's ve frank to ourselves guys. Those who follow premium and neglecting user experience are just dumping their monies in the name of aesthetic value. My advice to Apple is, they should release money to their Manufacturing companies (ie. samsung) fo...

Sammy you should not copy your homework ! You ought to have known that by now . I will evaluate you with a minus F !