The Samsung Galaxy S5 mini comes with an 8MP shooter that can snap at 3265 x 2448 resolution in 4:3 aspect. That's twice as less compared to the Samsung Galaxy S5's mighty 16MP snapper. The photos are in 4:3 ratio as opposed to the 16:9 stills from the big Galaxy S5. You can opt for 16:9 stills on the S5 mini as well, but that would cost you some of the resolution, as the images only come up as 6MP.

Otherwise the camera acts and looks the same. There's a column of shortcuts on the left, the middle two of which are customizable. All settings are collected into a grid of shortcuts so you can access everything easier.

The Mode selection gives you several options have been combined into Shot & more - Best photo, Best face, Drama shot, Eraser and Panning shot. You can download new ones if you like.

A new mode is Virtual tour shot, which is similar to panoramas except you can move forward, turn left or right, move some more. The result is an animation of your camera movement, the phone will even draw a map with your path. More modes can be downloaded too.

Moving on to quality of the stills. The Galaxy S5 mini produces excellent results with plenty of detail, good saturated colors, good white balance and spot on exposure. The detail is plenty even in the smaller, more refined areas of photos (look at the wall texture in the yellow building). Things came out sharp from edge to center and back again and we got consistent results each and every time.

We also noticed that Samsung has toned down its oversharpening ways - the images don't look as processed as what we've become used to seeing from Samsung.

The camera is also fast to snap photos and was able to lock onto focus quick (not phase-detect Galaxy S5 or LG G3 quick but still).

Macro samples came out nice and sharp as well. The Galaxy S5 mini was able to get really close to the subject and captured detailed images.

Samsung easily claims it has one of the best HDR modes on the market at the moment and the effect is up to the task on the Galaxy S5 mini. Below you can see the off and on samples to compare. HDR does a good job of exposing the shadows in the images and still take care of blown-out highlights in the images. The effect also offers a balanced look and doesn't appear exaggerated. 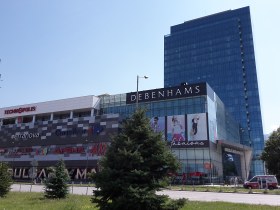 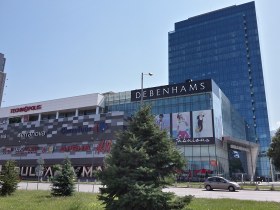 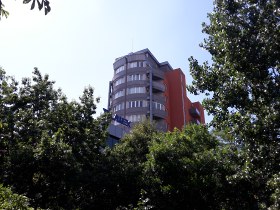 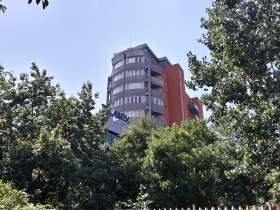 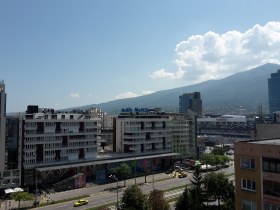 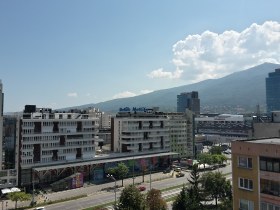 Panoramas were quick to capture and process and the stitching was excellent without uneven areas. The software will guide you through shooting and you can see on the screen's viewfinder if you're going out of border. You can snap in either portrait or landscape mode.

One issue is that when you begin shooting a panorama the phone will lock exposure to the initial point of focus. So the panoramas came out with slightly blown-out parts and there's no way to lock the exposure to another spot or have active exposure compensation while shooting. We had the same issue with the Samsung Galaxy S5.

It's hard to frown at the images that came out of the Samsung Galaxy S5 mini. We would've liked a slightly higher resolution (say 13MP to match the HTC One mini 2) but otherwise we think the Galaxy S5 mini is a perfectly-acceptable substitute to your point and shoot.

The images are detailed and sharp, the camera is fast to focus and save and the photos look great on the phone's HD display or on a PC.

The Samsung Galaxy S5 mini takes smooth, detailed videos. The bitrate sits at around 17Mbps with a constant 30 frames per second ensuring fluid playback. Audio is a little muffled and carries a lowly 122Kbps of bitrate. The second microphone is used to ensure stereo sound, though.

Videos come out with plenty of sharp detail and we like the exposure we got right out of the box with the Galaxy S5 mini. You can tap anywhere on-screen to lock focus during video and the phone will give you a virtual button to return you to autofocus more. Take a look at the video below - note the extra-saturated colors.

Below you can find our pixel-peeping video quality comparison tool where the Samsung Galaxy S5 mini will face the likes of the HTC One mini 2 and the Apple iPhone 5s.