Samsung Galaxy S5 Active has finally broken the AT&T exclusivity, just as previously reported. The first country to get the smartphone after the States is Canada. The rugged smartphone is carried by all three major carriers - Bell, Rogers and Telus.

Bell and Rogers already have the Galaxy S5 Active in stock and you can have if for CA$280 with a two-year contract or CA$700 contract-free. Telus has also confirmed it will be offering the smartphone as of early next week, but its pricing is yet to be announced. 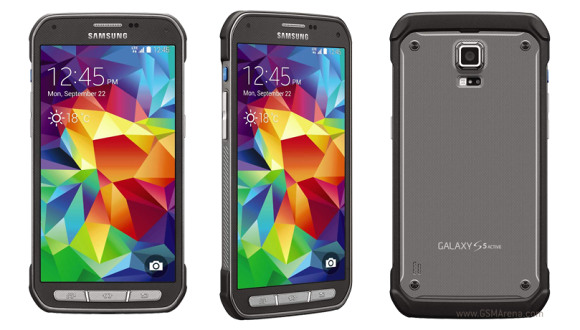 The Samsung Galaxy S5 Active is a rugged version of the Galaxy S5 flagship. It comes with similar specs but upgraded protection. In addition to its IP67-rating, it also comes with military-grade MIL-STD-810G certification, confirming its resistance to salt, dust, humidity, rain, vibration, solar radiation, transport and thermal shock.

Previous rumors suggested the Galaxy S5 Active will be launching in Europe for €629. With Canada breaking the AT&T's exclusivity we guess Europe markets should follow suit soon.

If they continue to keep it out of Europe, I'll turn my eyes to the competition.

What about middle east market? When is it arriving in saudi arabia? I need this :) have been waiting since its first launched in USA :( hurry please i cant wait more longer now :(

AMOLED screen, no thanks.