Once again its June and time for Samsung to present us with a rugged version of its latest range-topping smartphone. This year, once more exclusively for AT&T, it is Samsung Galaxy S6 Active that enters the spotlight with camouflage livery, gobs of tech, and tough build. 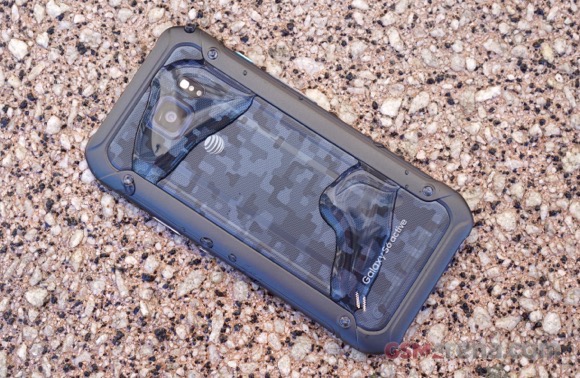 For a second year in a row, Samsung has made sure that the Galaxy S6 Active is not simply a rugged version of the incumbent flagship by adding unique features to it. Last year, the Korean giant added a customizable shortcut button for quick access to an Activity app.

This year, in addition to the above feature, Samsung Galaxy S6 Active also packs a massive 3,500mAh battery. The latter is roughly 40% larger than the 2,550mAh unit found in the regular model and promises to be a boon for the device's target audience.

As you can see above, Samsung Galaxy S6 Active is the same technological powerhouse as its regular sibling, but with with added water, shock and dust resistance. After a quick glance, some might even argue that the newcomer is the pick in the Galaxy S6 range thanks to its aforementioned quality and the massive 3,500mAh battery.

Limited availability and memory capacity are the handset's biggest drawbacks at a quick glance, though Samsung might remedy both should it decide to launch an global variant of the device. The lack of fingerprint sensor is arguably another downer, though the target audience for the Samsung Galaxy S6 Active will likely appreciate the sturdier navigation buttons better. 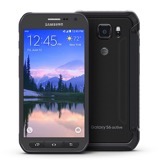 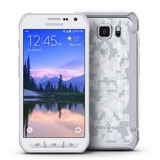 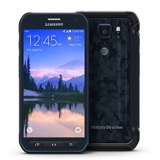 As always, we are going to kick the review off with unboxing, followed by our take on the design and build. Head over to the next page for a closer look at the Samsung S6 Active and its camouflage outfit.

Wow, so cool. That is a true water resistant phone.

The phone is really a great phone, but now it's history. It only have problem of battery, it dues at any time, any percentage. Then the SIM CARD slot is plastic, it's broken if always removed and put back atimes. Finally, it hangs sometimes...

I don't think so.