Since its announcement a few days ago at MWC, the Galaxy S6 has rapidly gained popularity, like nothing we have ever seen. Preorders are flooding in and the interest for the device is almost ridiculous. But the Galaxy S6 edge is the device that is truly turning heads.

The double-edged flagship is enjoying an amazing amount of attention both from the press and Samsung fans. If you have you heart set on the curvy device, now it is available for preorder in the UK on ebay. The official release date for the handset is April 10, so naturally, that is when the unit will ship. 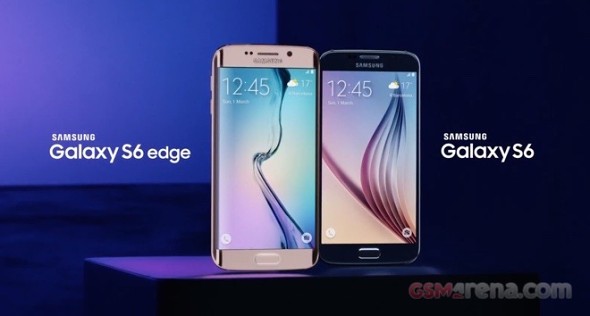 The ebay vendor actually has four device listings, including the Galaxy S6 and S6 edge in black or white. All of the devices are unlocked for any network and are priced as follows - £549.99 for a 32GB Galaxy S6 and £649 for the 64GB S6 edge, regardless of color.

This is not the only UK vendor that currently accepts preorders, for the device, but definitely seems to one of the best deals around. MobileFun.co.uk has the 64GB S6 edge for £700, but also offers a 32GB version for £649. The 32GB S6 goes for £579 at this vendor. This is a little pricier, but all three variants can also be pre-ordered in Gold color. Both phones are also listed on unclockemobiles.com - £649.98 for the Galaxy S6 edge and £549.89 for the regular model, but the site does not mention anything about storage or color options.

Of course the phones will soon be available on contract in the UK, as well. EE, O2, Three, Vodafone and Virgin mobile have all hinted that the devices are coming, but this will probably happened after the April 10 release date. So if you are really eager to get your hands on one, the aforementioned retailers might be your best bet for now.

How is it overpriced? please look at the specifications, performance, multiple benchmarks that were done, compare it to other smartphones and you can clearly tell which is the REAL overpriced smartphonE.

Harry Potter will bless you then