Samsung Galaxy S6 edge+ performed just as we expected. And yes, the Note5 which we reviewed before that was like a huge spoiler for what the expect as the two are so alike. Both are gorgeous to look at, superbly crafted, and incredibly capable in terms of hardware. 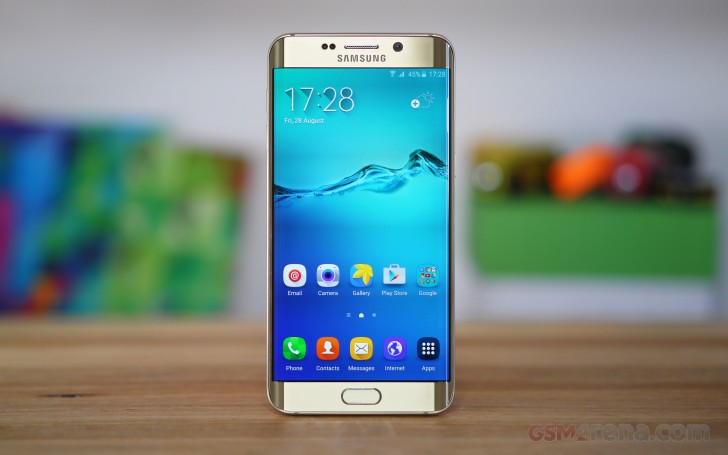 Unlike the Galaxy Note5 however, which is defined by its S Pen and top notch productivity credentials, the Samsung Galaxy S6 edge+ is all about that curved display and unique eye-grabbing design. Thanks to the bigger size of its screen, the newcomer is an even bigger attention grabber than the original Galaxy S6 edge.

By now, we have heaped plenty of praise for the Samsung-made Exynos 7420 chipset found in the Galaxy S6 edge+. Coupled with 4GB of RAM, the component is currently the best available on any smartphone today - it is well ahead of its closest competitor in terms of performance, heat management, and power efficiency.

Just like in the case of the Galaxy Note5, the 5.7” QHD display of Samsung Galaxy S6 edge+ offered a top notch viewing experience. The latter has been enhanced even further thanks to the curved 2.5D glass on top of the phablet.

Over the past few months, we became well acquainted with the 16MP main camera in Samsung’s 2015 flagship smartphones. The same snapper delivered the goods in the Galaxy S6 edge+ as well - it actually felt even more responsive than in the regular Galaxy S6 edge thanks to the bump in RAM in the plus variant.

The 3,000mAh battery found in Samsung Galaxy S6 edge+ has already proven itself a solid performer in the Galaxy Note5. Therefore, we weren’t surprised by its stellar endurance rating in our battery test. The device’s battery performance should live up to the expectations of even the most seasoned power users, while the quick charging options allow easy top ups.

Save for the lack of an IR port, the Galaxy S6 edge+ offers more connectivity options than a user will possibly need. Samsung Pay on the other hand, looks poised to steal the thunder of its Apple competitor when it launches next month as it will be able mimic any credit or debit card just by scanning its magnetic strip but it would have a hard time making it in Europe where cards have chips.

Like in the Galaxy Note5, lack of expandable memory is the biggest gripe we have with Samsung Galaxy S6 edge+. The absence of cheap expansion makes the entry-level variant of the device difficult to recommend, as it comes with roughly 25GB of memory available to the user.

Samsung Galaxy S6 edge+ is roughly $100 more expensive than a Galaxy Note5 with the same amount of built-in memory, so its price tag comes dangerously close to the $1,000 mark. Considering the lack of an S Pen, we attribute the price difference to the more expensive curved glass panel that the S6 edge+ sports. In any case, Galaxy Note fans can make an argument that the S6 edge+ skimps on a very important feature - the unique S Pen, which is still unmatched among Samsung's competition.

Speaking of which, we took a look around for some of the competitors that the Samsung Galaxy S6 edge+ has to face these days. Take a look at some of the noteworthy alternatives below (outside of the Note5).

Last year’s Samsung Galaxy Note Edge is cheaper, yet capable alternative to the S6 edge+. The S Pen-toting 2014 flagship also looks like nothing else on the market thanks to its display with a sole curve on its right side.

The Note Edge features less powerful hardware than the S6 edge+ and it's bulkier. It will also lack support for Samsung Pay.

Samsung Galaxy S6 edge has been around for a few months now, so deals on the smartphone are abundant. Save for the lower amount of RAM and smaller display, the S6 edge matches the specs of its bigger sibling for less money.

Apple iPhone 6 Plus and, more specifically, its upcoming successor set for announcement on Sept. 9 will be the biggest rivals to the Galaxy S6 edge+ in the smartphone realm. The successor of Apple's first phablet will debut on September 9. 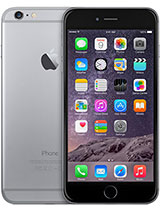 As we know all too well by now, the Cupertino giant's offering will count its rich app ecosystem and overall user experience to attract users. Spec for spec, it will almost certainly not match what Samsung Galaxy S6 edge+ has to offer.

LG G4 is the only "old school" flagship to come out this year, packing both a replaceable battery and expandable memory. The leather-clad G4 is also cheaper, but nowhere near as powerful as the S6 edge+. It also lacks goodies such as wireless charging and fingerprint sensor.

Moto X Style is cheaper, customizable, and with a microSD card slot and stereo speakers on board. However, the now Lenovo-made offering lags behind the S6 edge+ in terms of hardware oomph. Fingerprint and heart rate sensors are also a no-go in the Moto X.

The Galaxy S6 edge+ is arguably Samsung’s best effort in terms of design and hardware to date. You will not buy the smartphone because you need it - that’s what the proven Galaxy Note5 is for.

Instead, like many fine things in life, the S6 edge+ will be an item that users buy because they want it, despite its high price tag. Thankfully, the latter will land you a phablet that’s as capable as it is good looking. Along with the Note5, the S6 edge+ is easily the best large screen Android handset available at the moment.