Samsung has opted to use the superb 16MP Sony IMX240 sensor in the Galaxy S6 edge+, coupled with f/1.9 lens. That's the same excellent setup that's found in Samsung Galaxy S6 and Galaxy S6 edge with the addition of an IR white balance detection sensor, a feature we first saw implemented on the LG G4. LG calls this sensor Color Spectrum Sensor, but essentially both sensors do the same thing - they try to analyze the color spectrum of the available ambient light so that they deliver a more accurate color (or white as it's called) balance. 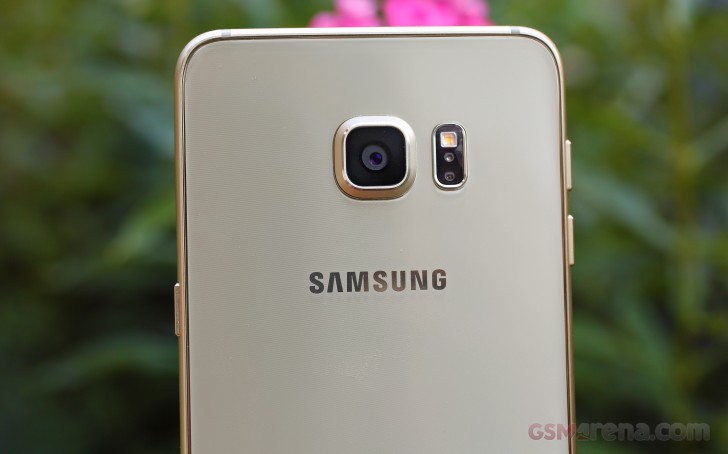 The camera UI is pretty simple and most settings are available on the viewfinder. The selection changes as you go between the different shooting modes. You can download new shooting modes, but currently only Sports shot is available.

Pro mode lets you control the focus manually, adjust exposure compensation and ISO, white balance too. You can save the current manual settings into a preset for easy recall later.

Samsung Galaxy S6 edge+ can also capture images in RAW format. The latter allow those with a knack for post-processing to really get creative with their images.

You can capture RAW images

Live Broadcast is a hot new feature that debuted alongside Samsung Galaxy Galaxy S6 edge+ and Note5. The feature is powered by YouTube and allows a user to share live feed with the world.

The feature requires the user to sign in with a Google account. The setup is quick and easy.

Overall, thanks to the powerful hardware on tap, the camera of Samsung Galaxy S6 edge+ felt fast and responsive at all times. The shooting experience it delivers is one of the best in the business.

As we expected, the Galaxy S6 edge+ 16MP stills came out excellent - the resolved detail is impressive, the color reproduction and white balance are spot-on. There is very little noise, no artefacts or over sharpening. Finally, the dynamic range is among the best we've seen on a mobile and we found almost no use case for the HDR or even the Auto HDR setting.

The samples offer pretty much identical quality with the ones we've taken with the Galaxy S6 and the Galaxy Note5, but that's hardly a surprise, right?

The HDR mode does a great job of lighting up the shadows and not changing anything in the highlights - an excellent job indeed. Thanks to the Live HDR mode you can see the result of the HDR mode even before you've snapped the image.

The Samsung Galaxy S6 edge+ shoots panoramas with very high resolution - 3,200px tall if you hold the phone upright, 1,800px if you hold it on its side. The software and the fast chipset make shooting very simple, you just start panning in one direction.

The resulting images are rich in detail and aside from the moving cars and the ledge that was too close, there are no major stitching artifacts. The resolved detail is as impressive as on the 16MP stills, as is the dynamic range and produced color.

The Galaxy S6 edge+ is equipped with a 5MP front-facing camera, which has a similar F/1.9 aperture and offers Live HDR and color filters as well. It has a 120Â° WideSelfie mode, so it can easily capture group selfies. You can snap selfies with a tap on the heart-rate sensor on the back of the phone.

A 5MP selfie with the front camera

The 120fps video needs slowing down via a video editor such as the one on board the edge+ or one on your computer. The frames are all there, it's just that it's not slow-mo.

The front camera shoots only at 30fps, but it can shoot QHD video to match the phone's screen.

HDR and color effects are available for video, though choosing the 2160p recording mode disables these effects, as well as the option to take pictures while shooting video, the tracking autofocus and the additional software stabilization.

Moving on to 1080p at 30fps, we drop to 17Mbps bitrate. The quality remains very high and there's as much detail as possible at this resolution. There's HDR mode at 1080p, which brings in more detail in the shadows and improves the highlights. The HDR effect is barely noticeable though. In this mode both the OIS and the digital image stabilization are available.

The Galaxy S6 edge+ can go up to 60fps when shooting at 1080p resolution. This takes up more storage (28Mbps bitrate) and causes a slight drop in sharpness, but it's worth it for the smoother motion. 30fps has inherent limitations when shooting fast-moving objects and while 4K UHD TVs are still fairly rare (but quickly growing in popularity), practically all TVs can handle 60fps. Digital image stabilization is not available in this mode.

Finally, in Slow motion mode the camera goes back up to 48Mbps but is now shooting 720p @ 120fps. Videos are actually recorded at 120fps, but you can edit them on the phone - trim beginning and end and choose between half, quarter and eighth playback speed.

If you want to compare still frames from the videos, our Video quality comparison tool makes that easy. Here's how the Samsung Galaxy S6 edge+ compares against other 2160p shooters.

And here's another similar comparison, but this time for the 1080p video.