The Galaxy S5 launched with Samsung's own camera sensor, however it seems that its successors have reverted back to Sony. The Samsung Galaxy S6 and Galaxy S6 edge pack a Sony IMX240 sensor, the 16MP unit we've seen on the Galaxy Note 4.

Samsung has improved the camera module since the phablet though, widening the aperture from f/2.2 to f/1.9. This should further help low-light photography, which already enjoys the benefits of optical image stabilization. 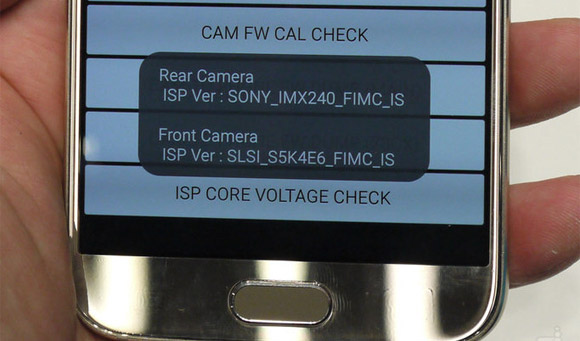 In the previous generation the Galaxy S4 used a 13MP Sony IMX135 sensor.

Nokia 1020 with 41MP camera was not quite right full HD video recording went I send it to my mums phone mums phone was not compatible with full HD and it work what that saying.

Yeah Sony camera's are the best I had xperia s and xperia z and z1 now I have a xperia z5.20.7 and 23.7 very good in anyway low light yeah gave it a top score

OMG the best camera ever on a phone is on the nokia 808 pureview 41 megapixels http://www.cnet.com/news/camera-megapixels-why-more-isnt-always-better-smartphones-unlocked/