Evolution. This is what the Galaxy S7 is all about. The S6 was the radically different Subject Zero, the S7 is Subject 0.1 if you will.

As usual though, the numbers don't tell the whole story. The design of the S7 builds on the Note5, which was in turn a more polished (and obviously larger) Galaxy S6. The S7 adds more curves on the front, not as much as to undermine the S7 edge's claim to fame, but just enough to let your fingertips know. 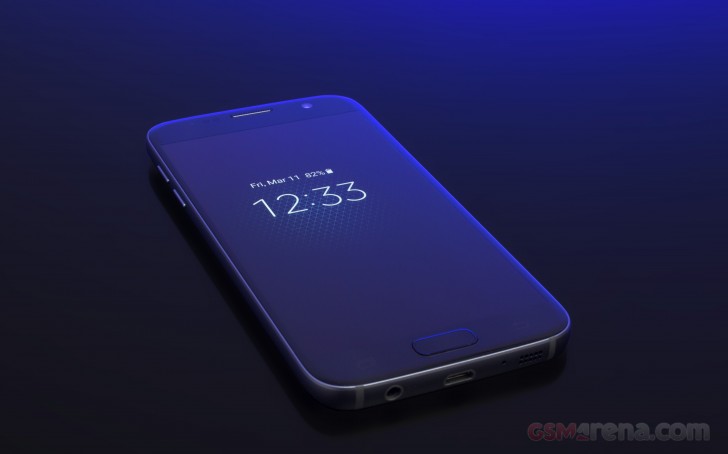 Some will argue that removing features in one generation just to introduce them in the next for the sake of hype is questionable, to say the least. Others would say that Samsung has listened to its users and delivered on the requests. Does it really matter?

Here's the thing, the Galaxy S7 carries some of the best traits of the lineup, with the tiny caveat that some of those might be lost for good. We have the microSD and IP certification return triumphantly, but then the IR blaster has disappeared and the battery will possibly stay sealed.

If Samsung did bring something entirely new with the S7, it's the 12MP camera. The dual-pixel sensor has as many phase-detection agents as there are pixels, and it really has no competition when it comes to focus speed. The lens is the brightest in business too, with an f/1.7 aperture.

The other headline feature is the Always On display, but the S7 shares the spotlight with the LG G5 on this one. Time/calendar and basic notifications at a glance sounds nice, but battery life takes a toll - a compromise solved with flick of a toggle in settings.

The Samsung Galaxy S7 leads the way of this season's flagships and if you're into impulse purchases it's the one to have, right here, right now. However, last year's Galaxy S6 is being massively discounted to make way for the successor, and is a real bargain. Sure, you won't be getting that lightning-fast autofocus, but camera resolution is higher and battery life is comparable. No storage expansion on the S6 and no protection against the elements, though.

If reason isn't a top priority and money is no object, the Galaxy S7 edge is the obvious choice. Same internals, but the larger 5.5-inch dual-curved display brings a lot more style points. The battery is larger, more so than the display, so battery life should be better on the edge, than on the vanilla S7.

Then there's the LG G5. Announced hours apart, the Korean flasghips will be fighting for somewhat different crowds, it seems. The quirky G5 has a modular design and the plain chin of the smartphone can be replaced by a camera grip or a DAC chip for improved audio output, not to mention the battery is replaceable. And of course, the G5 has a unique dual-camera setup on the back, one of them with a superwide 135-degree lens. It takes a special kind of person to appreciate all these, though, and you'll know if you are one.

The LG-made Nexus 5X is another option, for about half the price of the S7. Not exactly able to match the Samsung phone in raw performance, it's got a comparable camera but inferior battery life in all tests. It's also far from the S7 in terms of looks and feel, its plastic build being far from premium.

Certainly, the iPhone 6s has to be mentioned when shopping for a flagship. The Galaxy S7 outlasts it in the battery department and there's the matter of expandable storage, which we're unlikely to ever see on an iPhone. The iPhone is not waterproof either, at least not officially rated, so that's another checkbox ticked on the S7. The iPhone is the default choice for people invested in the Apple ecosystem however, and that's a mindset that doesn't change all that easily.

Last year's top models are still more than good enough. The Sony Xperia Z5 for instance is the only one to match the S7's IP rating, and the two have other things in common like glass/metal bodies and microSD slot. Battery life is geared differently in the two - the Xperia lasts longer on the web, but only half of the S7's 15 hours of video playback, so these may tip the scales one way or the other. The Z5's camera has twice as many pixels though, which may be important to some, and Sony's phone has an FM radio receiver.

Samsung's flagships have always been the trend-setters, and the Galaxy S7 proudly joins its predecessors. Fair enough, after the fundamental overhaul last year, the focus in 2016 is on fine-tuning, polish and refinement. The camera and the Always On display are the couple of attention grabbers but the big story is simple, as usual. The Galaxy S7 is such a complete package that taking a rest on the seventh was obviously never on Samsung's mind.