We have seen it before, about a week ago, but then it sported an AT&T logo on the back (as did yesterday's leak). This one does not, however, meaning this is the international model. 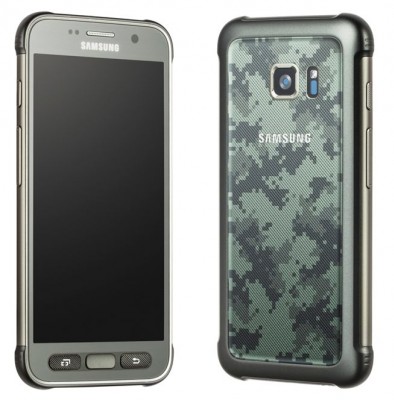 Going by leaked benchmarks, the Galaxy S7 Active will have a bigger screen than the base S7 - 5.5" QHD, like the S7 edge without the edge - a Snapdragon 820 chipset and a 12MP camera.

Considering the current S7 models already have an IP68 rating, the S7 Active will likely add shock resistance and perhaps even a MIL-STD rating.

Thanks for the tip, Michel!

Damn this phone is ugly sexy.

Look so much better than the last leak with wood-ish camo.

They should fire their designer.