A new update has started rolling out to the Samsung Galaxy S7 and S7 edge units in India. Weighing in at over 150MB, the update basically includes the changes that were recently rolled out in Italy, as well as a couple of new bug fixes. 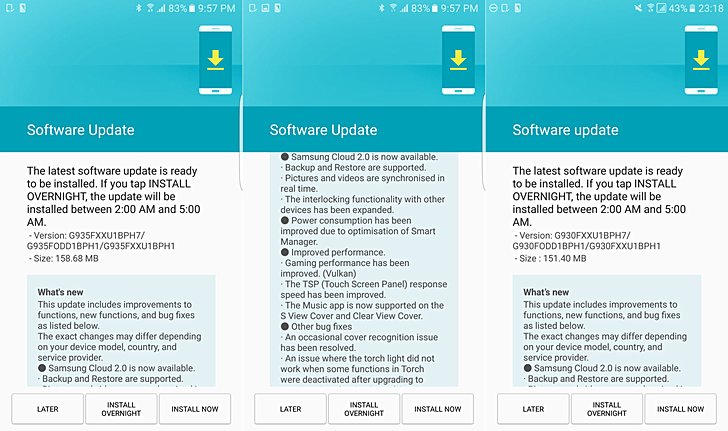 Specifically, the update brings along Samsung Cloud and the new Gallery app (both debuted on the Galaxy Note7), August security patch, as well as some performance and power consumption-related improvements. In addition, it also includes fixes for cover recognition and flashlight/torch-related issues.

As is usually the case with OTA roll outs, it may take some time for the update to hit your device. Meanwhile, if you feel impatient, you can manually check for the update by heading to your device's Settings menu.

We need FM radio. That's important other updates can wait. I didn't realise S7 doesn't have FM radio. I should have got other phones

Samsung ALWAYS bring the up(gr)dates to the TouchWiz UX UI along with major updates. Except Grace UX with Nougat.