Sprint has started pushing out a new update to Samsung Galaxy S7 and S7 edge units on its network. Weighing in at 167MB, the update brings along Android Nougat (version 7.0), and is currently hitting units that were part of the company's Galaxy Beta Program. 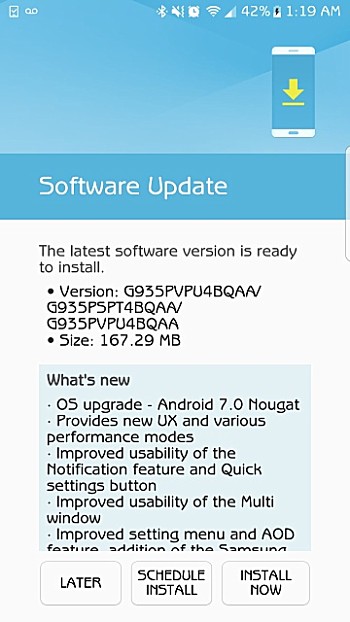 It's reasonable to assume that all Sprint Galaxy S7/S7 edge units will start getting the update shortly. For units currently running Marshmallow, the update will weigh in at 1.2GB. T-Mobile and AT&T have already rolled out the update.

And here on version they still only have beta 2

Works great but only thing is Bluetooth cuts in and out. I have it connected to my pioneer avh-270bt. It never did this on android 6.0