The guys over at AndroidU received a tip from a user in Vietnam who appears to have received the Android Oreo update on their Galaxy S7 edge, complete with the Samsung Experience UI 9.0.

The update was obviously a mistake made by someone at the Samsung development team or related departments, who must have pushed a seemingly finished build of the update. It isnt possible that Samsung would purposefully release such an update to the S7 before the newer Galaxy S8. Aside from this, Samsung did not even hold a an Oreo Beta trial for S7 edge users.

We dont know how many people actually managed to download and install the update in Vietnam, but there may be at least one. These screenshots were sent to AndroidU from a dual-SIM, international variant of the Galaxy S7 edge via a public Galaxy S7 edge group chat on Telegram.

The update in question weighed in at about 1.4GB with a build number of G935FXXU2ERB2. See the screenshots below. 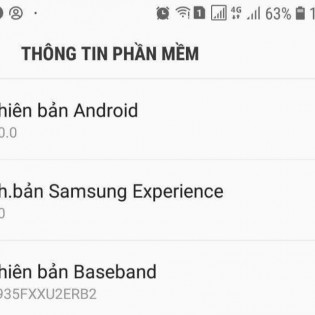 We already knew that Samsung was working on the Oreo update for the Galaxy S7, we just didnt expect to see anyone get it this early. Then again, this isnt the first time folks have accidentally received a major update far before its public release.

I want to know when samsung give oreo update for s7edge