The Samsung Galaxy S8 Oreo beta update (stable build) is highly likely to start rolling out in January. The news comes straight from the company itself, which - in a message on the Samsung Members community that announced the end of the beta program a couple of days from now. 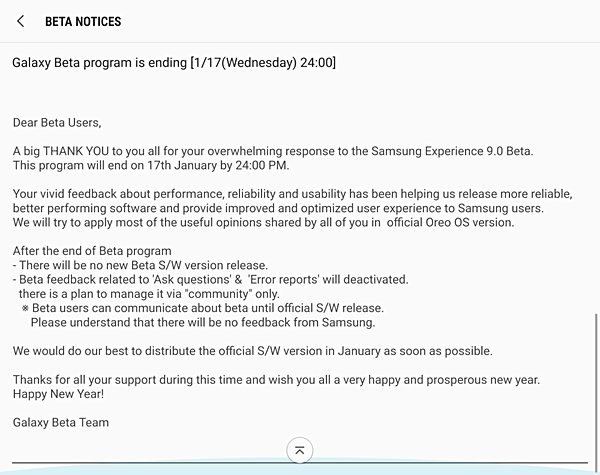 The beta program was expected to end today, but the company has now said the program will conclude on January 17.

As for the public roll out, an exact date is still not known. But given that we are already half way through January, the wait can't be long.

Also, going by what we've seen in the past, it's possible that those who are part of the beta program will get the final update first.

True. It's almoust a year since S8 was released and it's still dominating the market. And while other companies still struggle to keep up with almoust a year old S8 - the Note8 is on whole new level. Hands down, Note8 just pretty much owns everyt...