Last week we showed you CAD-based renders of the upcoming Samsung Galaxy S9 and S9+, which have showed the devices from all angles (there are even render videos). Today coming to further confirm the minimal design changes for the S9 duo from their predecessors is a shot of their front panels. 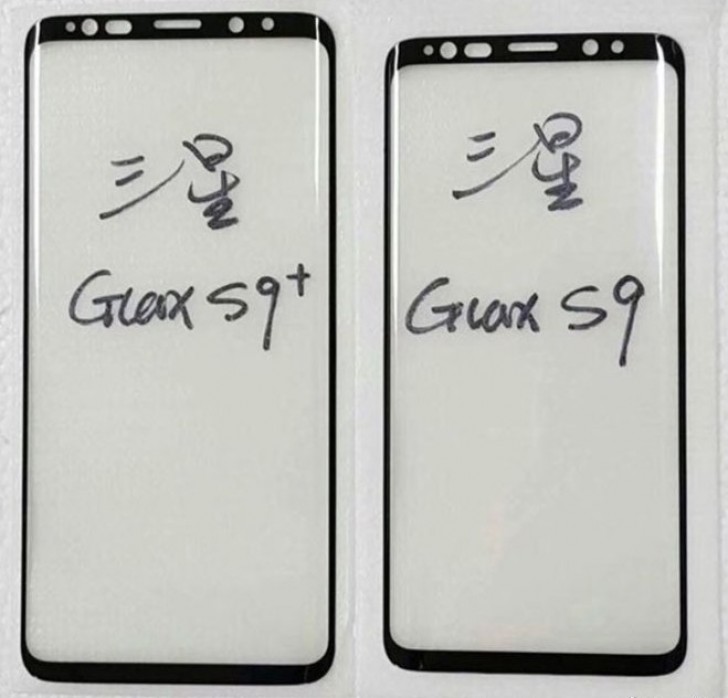 The image clearly shows a very similar design to the S8 and S8+, but with ever so slightly smaller screen bezels. The trimming is especially noticeable when you glance at the bottom bezel, but it's definitely still a bezel - the once-rumored complete cutting of that hasn't panned out, it seems.

From a different Chinese source comes word that the smaller S9 will ship with a 3,200 mAh battery, a welcome 200 mAh bump from the S8. It's unclear if the S9+ will have a bigger cell than the S8+. The charger bundled with the S9 will allegedly be a 12W part, and the phone will support Qualcomm's Quick Charge 3.0 standard. Mass production for the new S-series duo is set to start in January, ahead of the recently revealed February announcement timeline.

Man i am speaking about screen protector. Put one which covers even a curves and do it again i tell you what. You just wasted your money for a screen protector which you cant attach to your phone no matter what. For real. Sending you some examp...

So far I've put this phone in and out of case dozens of times to clean it, and the case is really tight fit - so far I see no separation...