Samsung's Galaxy S9 and S9+ are just starting to arrive in the hands of the first people who pre-ordered them. Yet the Korean company has already put out the first software update for the duo, one that will be waiting for you when you first turn on your brand new S9 or S9+.

It's not a huge thing, but it does bring with it the March security fixes, both Google's general ones for Android and Samsung's for its own applications and features. The update is available in Germany at the moment and should make its way to many more markets in the coming days. 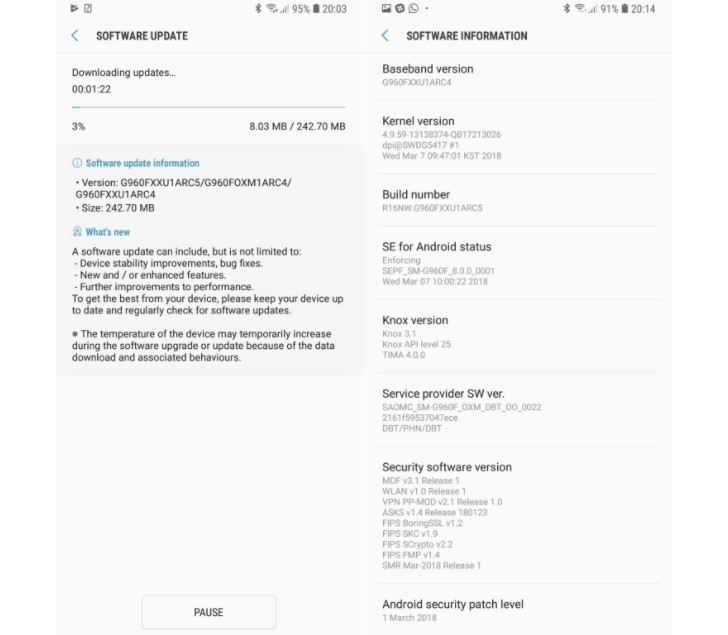 It comes in at 242MB, and after you apply it your S9 will be on build G960FXXU1ARC5, while the S9+ gets G965FXXU1ARC5. You can check for the update from Settings > Software update if you haven't received the notification. Note that you should also be able to install via Samsung Smart Switch if you want to.

My A5 is not. If it depends on region, then why Samsung lied and announced the A5 is getting monthly updates? Fact is they lied, period.

I'm not planning to buy another Samsung device anyway, I rather buy a OnePlus, Xiaomi or Sony...