Samsung Galaxy S9 and S9+ pose for a photo [Updated]

We’ve seen front panels and back panels of Samsung’s Galaxy S9 and Galaxy S9+. But so far we’ve not seen the finished article in real life photos – until now, perhaps. This purports to be the first such photo.

Update: it's not. As Szabolcs points out in the comments, this is from a video by ConceptCreator. Here's the video:

The image may be doctored (it certainly seems like someone adjusted the brightness if nothing else), but it lines up quite well with the 3D renders provided case makers.

The thing to note here is that the smaller Galaxy S9 has a single camera – the dual camera is exclusive to the Plus model. 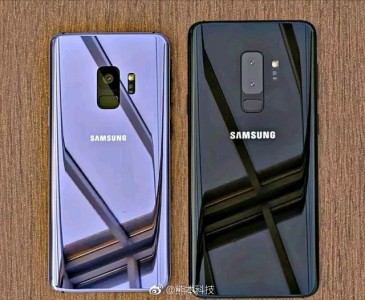 (Alleged) photo of the Samsung Galaxy S9 and S9+

As for other upgrades, Samsung should officially unveil the Exynos 9810 chipset in two days, the Snapdragon 845 is already official. There will be no change to the 18.5:9 aspect ratio of the Infinity Display and something else will remain constant too – the 3.5mm headphone jack.

Yes, i also use S8 plus, it's really good phone.

I used S8 plus and I never missed the fingerprint. It’s work good...but a lot of people complain. I like s8 plus fingerprint position.

It's not a leak, Reallife photo or whatever. it's Concept Creators 3D Renders. based on leaks.