We’ve seen cases by third-party makers leak the design of the upcoming Galaxy S9+, but now we get a chance to look at some of Samsung’s official cases for the upcoming flagship. There’s good news for Alcantara fans, but four flip cases are featured too.

In the upper right of the image you see a wireless fast charger with a slightly different design than the S8-generation wireless chargers. 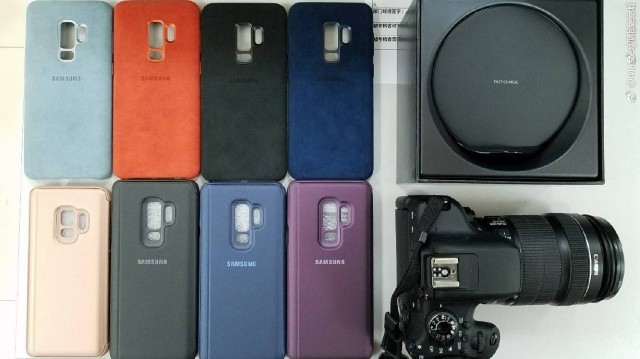 A couple of days ago we saw the flip cases – officially called Clear View cases – handled on video. They are pretty much the same as the S8 cases – the old phones even fit! - but feature cutouts for the dual rear camera and repositioned fingerprint reader.

I know Samsung Experience is filled with features but why not get timely security updates at least? OS Upgrades are hyped mostly and should only be considered if there is a MAJOR overhaul which benefits in my personal opinion. I have an S7 which got ...

Still waiting on my Note8 to get at least a Beta for Oreo...