Last week Samsung released the fourth Android 10 beta for the Galaxy S9 and Galaxy S9+ which squashed a few bugs and bumped up the Android security patch level on the two smartphones to January 1, 2020. Now the Korean phone maker has released one more beta build for the S9 pair with bug fixes, and it appears that a stable build will be rolled out soon. 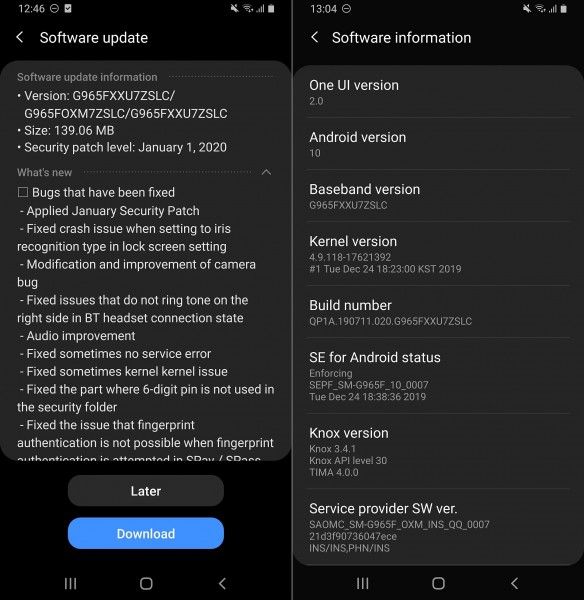 The builds for the S9 and S9+, sporting version numbers G960FXXU7ZSLC and G965FXXU7ZSLC, respectively, weigh around 140MB in size and are currently seeding in India and the UK. But the rollout should expand to other regions soon.

If you are enrolled in the beta program, you can download the latest Android 10 beta on your S9/S9+ by heading to the Settings > Software update menu.

when we get android 10 beta version for Middle East