The successor of the most popular smartphone from the most widely adopted platform - it doesn't get much bigger than this in the mobile industry. After months of rumor frenzy and high-pitched hype, Samsung unveiled the Galaxy S4 at their Unpacked event in New York.

At first glance the Samsung Galaxy S4 looks very similar to its predecessor, the S III, but tinges of disappointment, if any, should be soon put to rest. It's a completely new phone on the inside and one that seems to have all it takes to keep Samsung ahead of the Android pack. 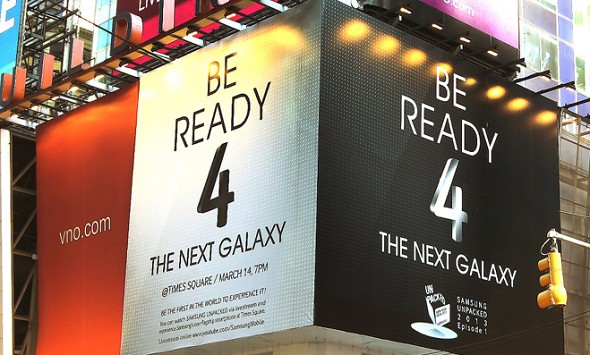 Squeezing a larger screen of higher resolution in a more compact and lighter body, the Samsung Galaxy S4 is also the first smartphone to feature an octa-core CPU. The Exynos 5410 chipset has a set of four Cortex-A15 cores to do the heavy lifting and another quartet of power-saving Cortex-A7 cores, which handles the less physical tasks. There will be a version of the Galaxy S4, powered by a Snapdragon 600 chipset too, but we are unsure which markets will get it.

Here are the rest of the Galaxy S4 highlights to get you started.

Samsung Galaxy S4 at a glance:

More power, a better screen, a host of new exclusive software features and a larger battery to keep it going longer - the Samsung Galaxy S4 has all the right boxes ticked to be considered a worthy successor to what many considered the uber smartphone. It also has a key advantage over its direct rivals in running on the latest Android 4.2 platform.

The second Jelly Bean release isn't an incredibly massive upgrade, but offers some cool new features that take the user experience up a notch. Of course, Samsung will be more than keen to direct your attention to its home-baked goodies like Eye-scroll and Auto pause, which surprisingly or not, work pretty well.

Let's cut the teasing here - join us on the next page for the rest of our first-hand impressions of the Samsung Galaxy S4, garnished with a bunch of live photos.

I have broke my Samsung Galaxy S4 display. Now what will I do?

Samsung rapidly realise the phone with the knowledge of hitting the market time and again. Plastic casing for such an expensive phone is not cool. Alu casing for durability because the phone is way too expensive