We just got a leaked T-Mobile internal doc, confirming the existence and nearing launch of the Samsung Galaxy S Blaze Q. The good news is that the smartphone gets rid of that awkward naming scheme, but the bad news is it's going to be called the equally hard to remember Samsung Galaxy S Relay 4G.

The QWERTY-touting sibling of the Samsung Galaxy S III is expected to feature a 1.5GHz dual-core CPU of the Krait variety, 1 gig of RAM, a 4" display and 16GB of internal storage that will probably be expandable. The Samsung Galaxy S Relay 4G is said to run on Android 4.0 ICS, but chances are it will get a Jelly Bean update sometime after its launch. 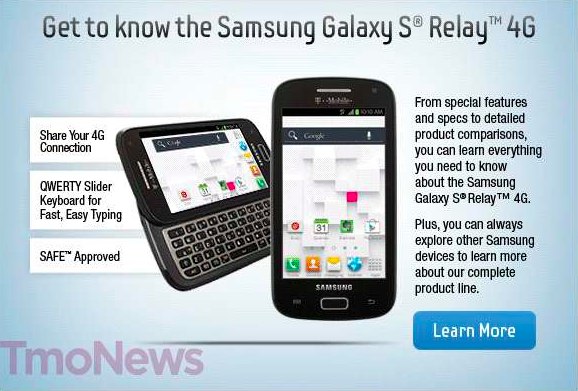 According to the leaked document, the Samsung Galaxy S Relay 4G will also feature the SAFE certification, which means that the company considers it to be good enough for enterprise users. It will also offer the 50GB (technically 48GB) of free Dropbox storage for two years promo as its Galaxy S III sibling.

Pricing and target availability are yet to be confirmed, but seeing as how leaks have intensified, an official announcement should be just around the corner.

Is this coming to the UK? Think it is GSM anyway which shold be ok to use here.

Nice phone but to big to use with one hand ... The same problem has the sIII ...