Well, well, would you look at which two Samsung phones got the FCC approval today. The first is the Samsung Galaxy S II i9100 - we all know that one. The SGH-i708, however, is a bit more mysterious. 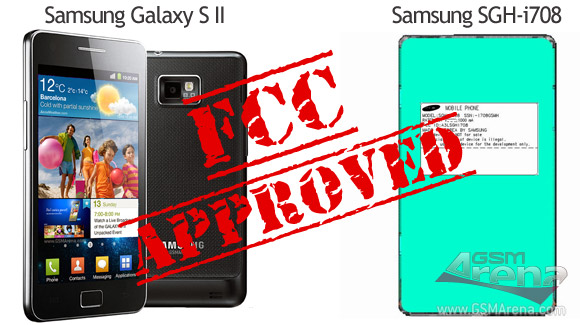 Judging by the image the FCC has posted, it looks like it'll be an edge-to-edge touchscreen device. Moreover, it'll have support for both WCDMA (interestingly, the AT&T 3G band - 850/1900Mhz) and CDMA/EvDo (probably Verizon) networks.

The FCC papers confirm that the Samsung Galaxy S II has the AT&T 3G bands - 850/1900MHz. It's yet to hit the market worldwide, though some European retailers have it on pre-order already.

Q1 is nothing but first quarter of the year