Another one of the Samsung Galaxy S II variants has been discovered and it is making its way to the TELUS network in Canada. The picture below was snapped by MobileSyrup.com who attended a VIP event in Canada, where this phone was spotted. 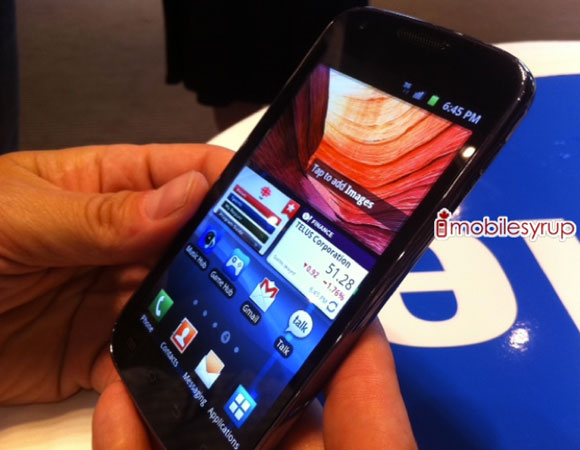 Known as the “Hercules”, the phone looks similar to the standard Galaxy S II, Nexus S and the Infuse 4G. It was said to have a display bigger than the Galaxy S II and more in line with the 4.5-inch display on the Infuse 4G. The device will be running on Android 2.3 Gingerbread, 1.2GHz dual-core processor and could be the first dual carrier 42Mbps smartphone in Canada. It is also said to have an 8 megapixel camera on the back capable of recording 1080p videos and 2 megapixel front facing camera.

Since there has been no official announcement there is no price and launch date to report but we shall keep an eye out for them.

I just bought this phone from Telus yesterday. It's 1.5ghz dual core. The telus website is the only site I can find with specs on it. I got it for $100 on a 3 year contract

You do realize it's a dual core...