Samsung Galaxy S III T999 for T-Mobile US has become the carrier's best-selling device of all time. The fourth largest US carrier announced the impressive achievement on its official Twitter feed. 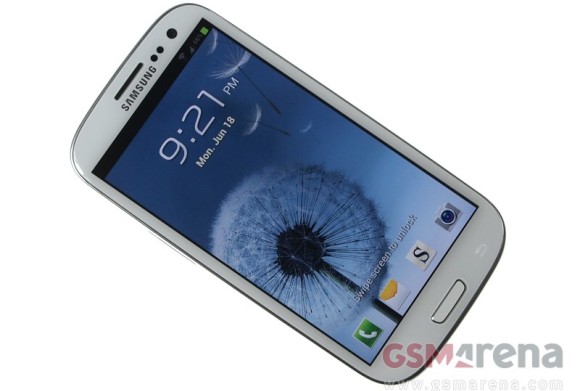 The Korean flagship accomplished the feat after less than four months of commercial availability. With the holiday shopping season right around the corner, we can reasonably expect the device to solidify its position even further.

While this is great news for both the Big Magenta and Samsung, we must point out that the Galaxy S III T999 has enjoyed a relatively easy ride on its way to glory - the carrier offers no other smartphone whose specs, stature, or marketing budget came even closer to the Korean device. T-Mobile's lack of a subsidized Apple iPhone has further boosted the appeal of the device.

Official sales' numbers were not disclosed by the carrier. We will update you should we hear about them.

I have microwave Samsung its AWESOME. :D

am buying thins phone better than iPhone 5 with scratches and camera issue.

Amazed at so many fanboys blindly supporting . haha