Hot on the heels of yesterday's skillful render, a fresh rumor has emerged, potentially shedding light on the specifications and the release date of the upcoming Samsung Galaxy S IV flagship. Reportedly, the hotly anticipated smartphone is pegged for an April 2013 release with an S Pen on board. 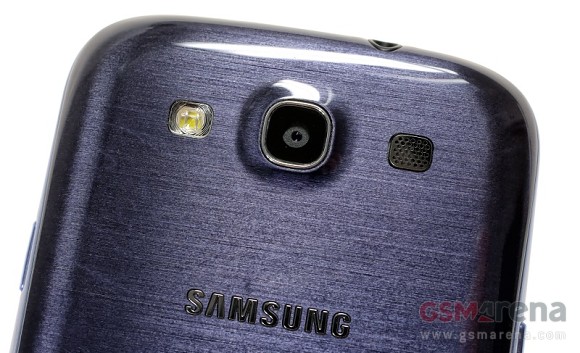 The Samsung Galaxy S IV is expected to pack a quad-core Exynos 5440 chipset whose CPU cores will use either 28nm high-K metal gate technology, or ARM BIG LITTLE architecture, which uses an energy-sipping A7 CPU, paired with a more powerful A15 units for heavier tasks.

Once again, we hear about a 5" 1080p AMOLED display gracing the Samsung Galaxy S IV. A 13MP camera and a 9.2mm waistline are mentioned as well. The latter has grown slightly over the Galaxy S III's in order to accommodate the S Pen.

If the S Pen report turns out to be true, the Samsung Galaxy S IV is bound to one up all its competitors as far as productivity is concerned. As is the case with most rumors, we would advise that you take all the above information with a pinch of salt.

samsung's ruling the world and will rule the world. No one even htc won't be able to catch it. I phone hav already got a lot behind. How much sale did the i phone 5 did than s3. Samsung's father of every mobile making company

Yeah, because there's a lot of innovation between iPhone models... Oh wait... No, there isn't...