In a manner similar to last year's dual arrangement, Samsung might offer its upcoming Galaxy S IV flagship with different CPU types. They reportedly include a Qualcomm Snapdragon 600 in the US or Exynos 5 Octa for areas where LTE networks are not present. 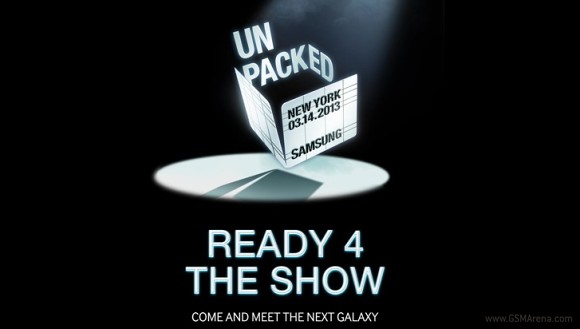 The latest information comes from a note to investors from a Taipei-based JPMorgan analyst. It falls in line with separate rumors which have pointed at the Samsung Galaxy S IV packing both Exynos and Qualcomm silicon.

We will have all our Samsung Galaxy S IV questions answered when the smartphone goes official on March 14 in New York City. We will be covering the event live, so be sure to tune in for the full scoop on Samsung's Android flagship.