Samsung is expected to unveil the Galaxy S21 smartphones and Galaxy Buds Pro TWS earphones on January 14, but alongside those, we may also see the Galaxy SmartTag Bluetooth object tracker go official, which has appeared in live images as it got certified by Taiwan's NCC.

The Galaxy SmartTag is pictured in Black color, but we know it will also have an Oatmeal color option. The SmartTag looks similar to the popular Tile trackers and has Samsung etched on one side and Galaxy SmartTag on the other. However, a few images show a different design and the tracker also has the Samsung branding in white color. 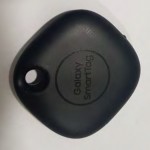 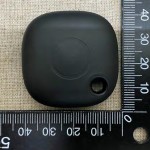 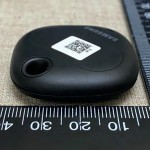 The NCC listing doesn't divulge any features of the Galaxy SmartTag, but different certifying authorities have previously revealed the tracker will pack a single, replaceable 3V button cell and come with Bluetooth 5.1 connectivity.

The Galaxy SmartTag is rumored to cost €15-20 in Europe and will likely be compatible with Samsung's SmartThings Find feature. More details about it should surface in the coming days.

How much smarttag can add in smartthings app?

My thoughts too, without GPS, what can this device do? Attach it to a object, if you lose it within 1 to 10 metres, you can relocate it again, too bad if you are further than 10m??