The Samsung Galaxy Tab 3 Lite 7.0 is trying to keep things as simple as possible but its prospects are complicated. At this point at least, shortly after the announcement. Samsung must've done the math, anticipating sufficient demand from certain markets, but we must admit it's easy to question the Lite's very place in the company's new tablet lineup.

To be fair, it's not a bad looking tablet - in the simplest possible way - portable, friendly and with solid battery backup. And it's the cheapest of the latest generation. Oh well, it's not the Galaxy Tab 3 Lite's fault that its siblings are Pros. Unfortunately, it's got a handful of rival tablets to worry about.

And we don't think the likes of the Nook, Kindle and Nexus 7 (older generation at that) are even in the same conversation. Pretty obvious, the Samsung Galaxy Tab 3 Lite will be targeting markets where the above are not readily available. The Lite will be battling its way through hordes of low-cost seven-inchers by white label manufacturers and second-tier brands alike. 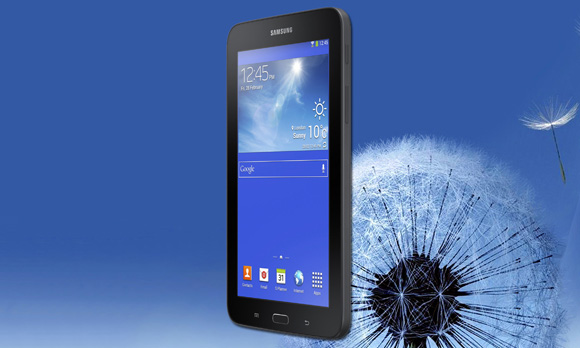 The Galaxy Tab 3 Lite 7.0 currently costs more than its better-equipped predecessor and it's just the tip of the iceberg. The Galaxy Tab 3 7.0 is cheaper for both the Wi-Fi only and 3G-enabled versions, and it comes with a front-facing camera and there's an option with double the built-in storage.

The Lenovo IdeaTab A3000 has an optional 3G version too and costs way less than the Galaxy Tab 3 Lite 7.0. It matches the Lite in all aspects: display size and resolution, Android version, battery but adds a better camera, USB OTG and a more powerful processor at the expense of a little extra thickness and weight.

The first ASUS Nexus 7 will cost you less for the Wi-Fi only and 3G-enabled version and it brings a vastly superior screen, more powerful chipset and overall better Android experience.

And finally, the ASUS MeMo Pad HD7 costs the same as the Samsung tablet but has better screen resolution, faster quad-core processor, higher-res camera and is lighter. HP has a bunch of low-cost tablets too with better specs than the Galaxy Tab 3 Lite.

All in all, the Galaxy Tab 3 Lite 7.0 is facing an uphill battle in a crowded market where makers seem to have little choice but stretch the definition of a "budget tablet" to get even a fraction of an inch ahead of the competition.

Free on (cheap) contract looks at this point the Lite's best shot. And that's in markets where the competition isn't interested in - with users who either don't have too much choice or are choosing a reliable and recognized brand over dirt-cheap alternatives.