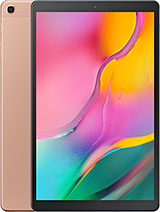 Fake !! I us this tablet no gyro on pubs mobile

Rockstar09, 13 Jul 2021They removed they feature to access files in internal/android/data and obb after updating to a... moreIt is there have to change the option on the arrow that says essentials and pick all. There youl see al the files.

They removed they feature to access files in internal/android/data and obb after updating to android 11,Same issue with SD card too.Anyone know how to access them without root and without PC.

Bro, 07 Jul 2021Anyone else updated to Android 11? What is your experience?One UI 3 runs fine. One thing I've noticed is that the animations are bit 'fluid' now. Runs fine on my Tab. I'm still checking it if there is any issues. Until now everything works fine.

However I've read comments of people that after the update some apps runs pretty slow or the Tab slowed down. In such cases, just clear the cache/data of specific that specific app OR just Reset the Tab (if it seems slow). (Most of the time this 'slowdown' happens due to incompatible configuration from Apps in previous version of Android, so a simple reset will help.)

Bro, 07 Jul 2021Anyone else updated to Android 11? What is your experience?Best ram management

Anyone else updated to Android 11? What is your experience?

Can I do zoom meetings on the Tab A?

japaja, 30 Jun 2021Better to avoid this last update??I eventually found the updated Android 11 rom on samfw.com (very fast download speeds), and downloaded it along with the latest version of Odin. I connected my tablet to the computer and did the "Power - Volume up" trick from the powered off position; then "reboot to bootloader". I then unzipped the rom, and flashed it with Odin so I could get a clean install. Then another "Power - Volume up" from the powered off position and "wipe data / factory reset" and then "wipe cache partition". Personally, I like using the firmware rom because I feel there is a lower chance of problems that way then from doing an OTA upgrade (but that is just my personal opinion). The upgrade is working just fine for me, and I like it because my Pixel 4 XL has been running Android 11 since it came out, so both devices are relatively similar now. But, for others, what I did may be overkill, and if you do it, it is definitely done at your own risk.

Better to avoid this last update??

Zerk, 27 Jun 2021No, it is not just you, I was surprised too. However, in my case it came up as an Android 10, ... moreSorry can't remember anymore if it said android 10 one ui 2.1 before the update. I remember the size was the same with yours though. I'm from the Philippines btw and wifi version too.

Ecchigo, 25 Jun 2021Saw this update after i woke up. I noticed i'm losing my wifi frequently even if its just... moreNo, it is not just you, I was surprised too. However, in my case it came up as an Android 10, One UI 2.1 update (1346 mb). It was later when I checked Settings / About tablet / Software information that I saw it was Android 11, One UI 3.1. I live in Canada with the WIFI version, I am curious to see who else has received it, and in what countries, as I cannot find any comments whatsoever from any of the big sites acknowledging the update.

Liman K., 21 Jun 2021I just got android 11 but i was supposed to get it in September._.Saw this update after i woke up. I noticed i'm losing my wifi frequently even if its just a second to a few seconds. First time this happened since i bought it back in 2019. Is it just me?

Still worth it than A 7?

I just got android 11 but i was supposed to get it in September._.

Anonymous, 18 Jun 2021not good, it's a very frustrating tablet. i was editing in canva, and it crashed yet didn... moreThanks for your feedback!

Anonymous, 18 Jun 2021not good, it's a very frustrating tablet. i was editing in canva, and it crashed yet didn... moreMine does the same thing when I edit images using Lightroom

not good, it's a very frustrating tablet. i was editing in canva, and it crashed yet didnt save my design

itsmegogo, 05 Jun 2021Samsung Tab A 10.1 at $150 Or Newer Tab A7 at $195 Which one should I pick?Screen and perfor... moreYou should definitely get the tab A7. It has a bigger display than the tab A 2019 and a faster snapdragon 662 processor. Also, the base RAM for the tab A7 is 3gb vs 2gb. I have the tab A 2019 with 2gb RAM. Because of the low RAM, whenever I try to (example) use apps like Netflix and Chrome in split screen, one of them closes whilst in use. Some games like COD crash when I use them even in the lowest setting. The battery on the A7 is also better.

Related devices
The devices our readers are most likely to research together with Samsung Galaxy Tab A 10.1 (2019)