After appearing in benchmark listings and getting WiFi certification from the WiFi Alliance (WFA), the Samsung Galaxy Tab A 8.0 (2017) has been spotted on the website of China's TENAA. The listed unit carries a model number of SM-T385C. 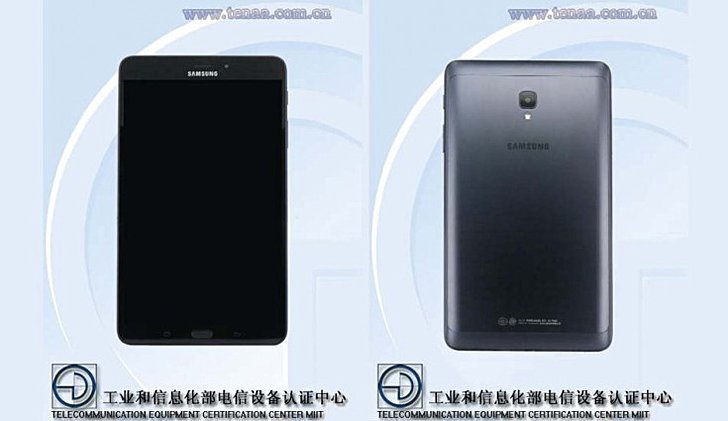 Sadly, the TENAA listing for the tablet doesn't reveal any specifications. From what we've collected so far, the device is powered by an SoC with quad-core, 1.4GHz processor, and sports an 8-inch screen with 1200x800 display resolution.

Memory configuration is 2GB/16GB, while camera combo is 8MP/5MP. The tablet runs Android 7.0 Nougat out of the box. No information on pricing and availability yet.

3GB of RAM and 32/64GB options is very good. The same configuration of my Galaxy Tab S2. But the chipset could be better. A weak quad-core in a heavily multithreaded OS is going to hurt performance a lot.

the first one use Snapdragon 410. I doubt this one will use 6 series cpu.